This page really is better in the app. 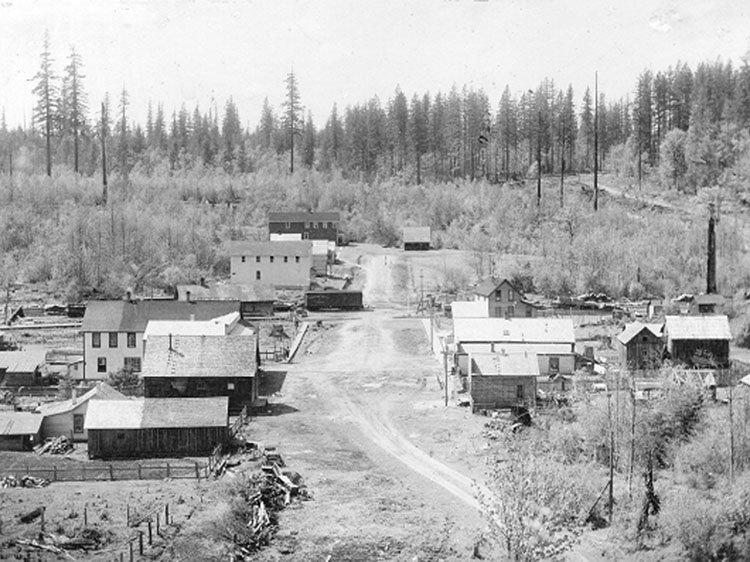 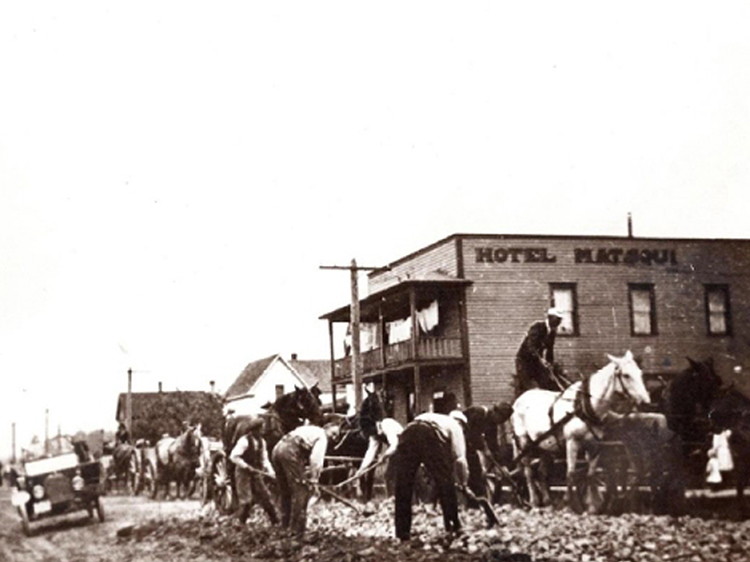 Abbotsford is a sprawling municipality on the banks of the Fraser River. Home to the Sto:lo First Nation for thousands of years, the historic downtown was first laid out by European settlers in 1891 alongside the Old Yale Road, a track used by gold-seekers to reach the Interior. Abbotsford has since grown into a large city, with many industries, rich farmland, and a young population. Abbotsford is made up of a number of different communities outside the historic downtown, notably Matsqui Village, a Scandinavian farming settlement that is featured in one of our walking tours. 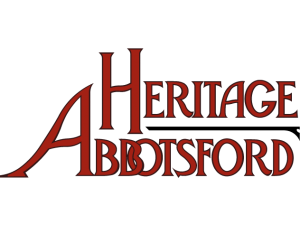 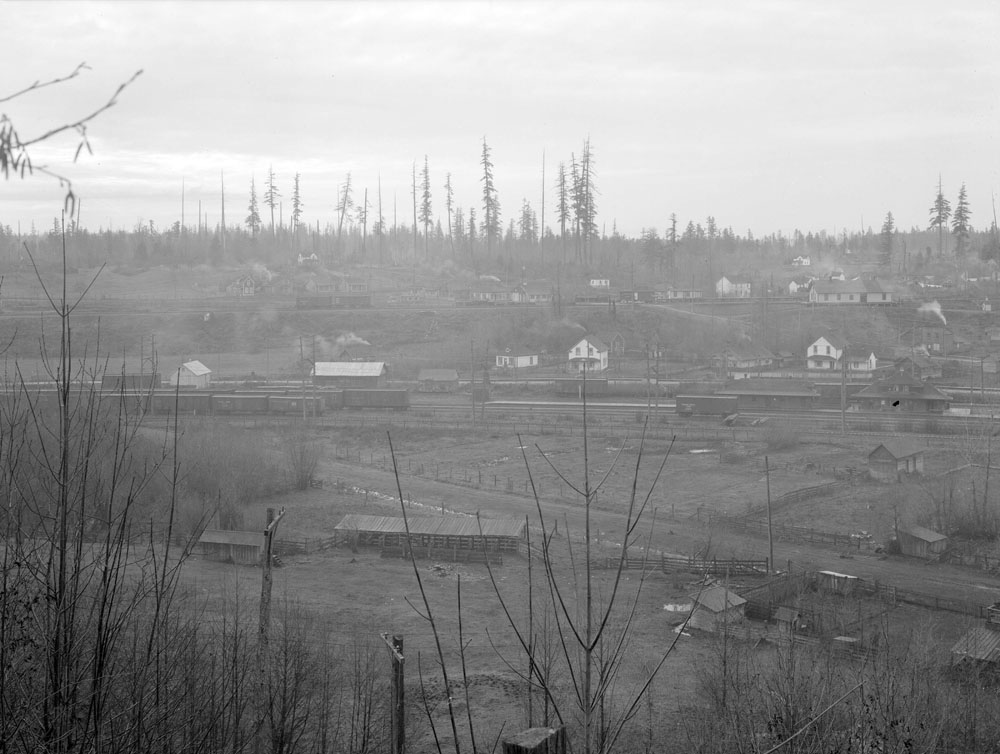 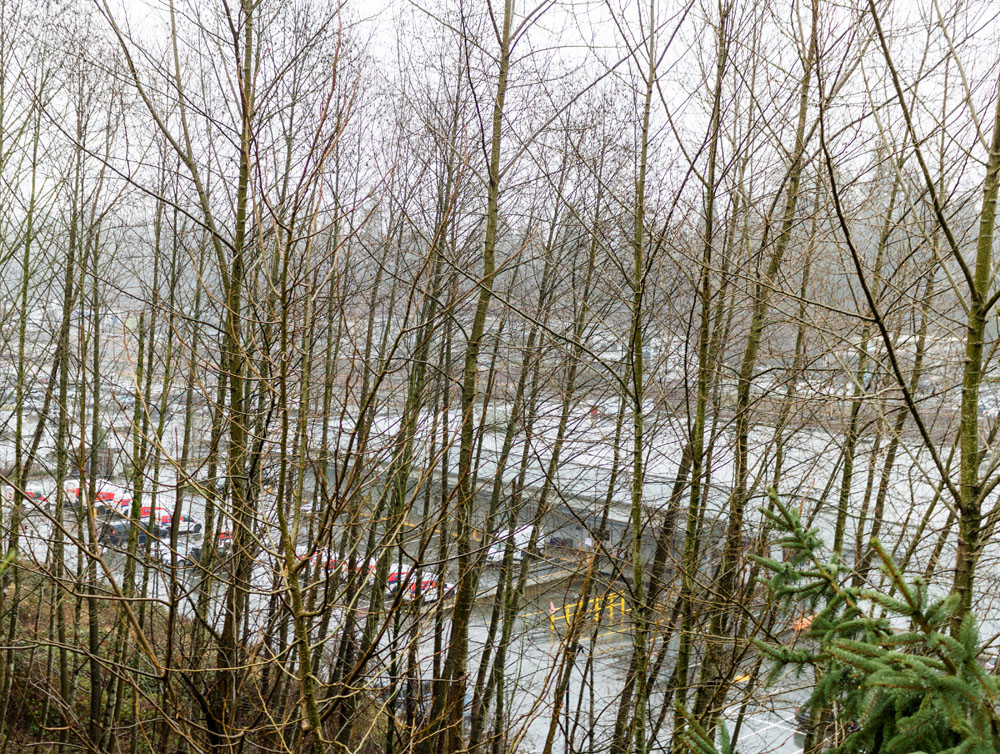 A photo taken from the Old Yale Road showing the railway line running through Abbotsford's townsite. On the right you can see the train station. 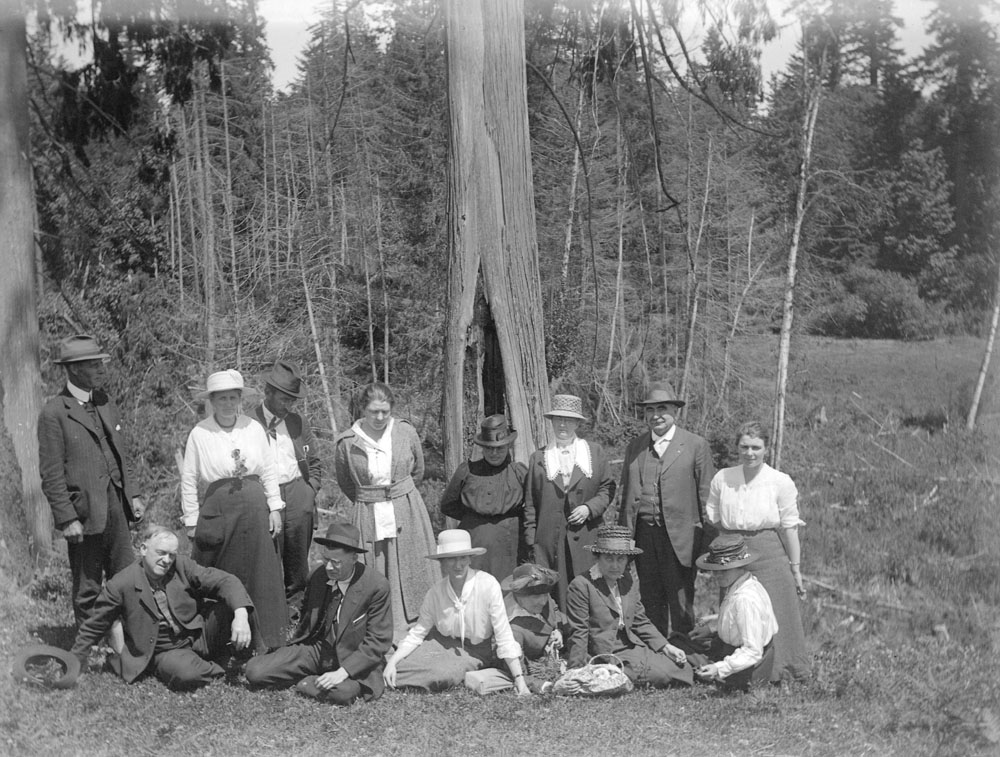 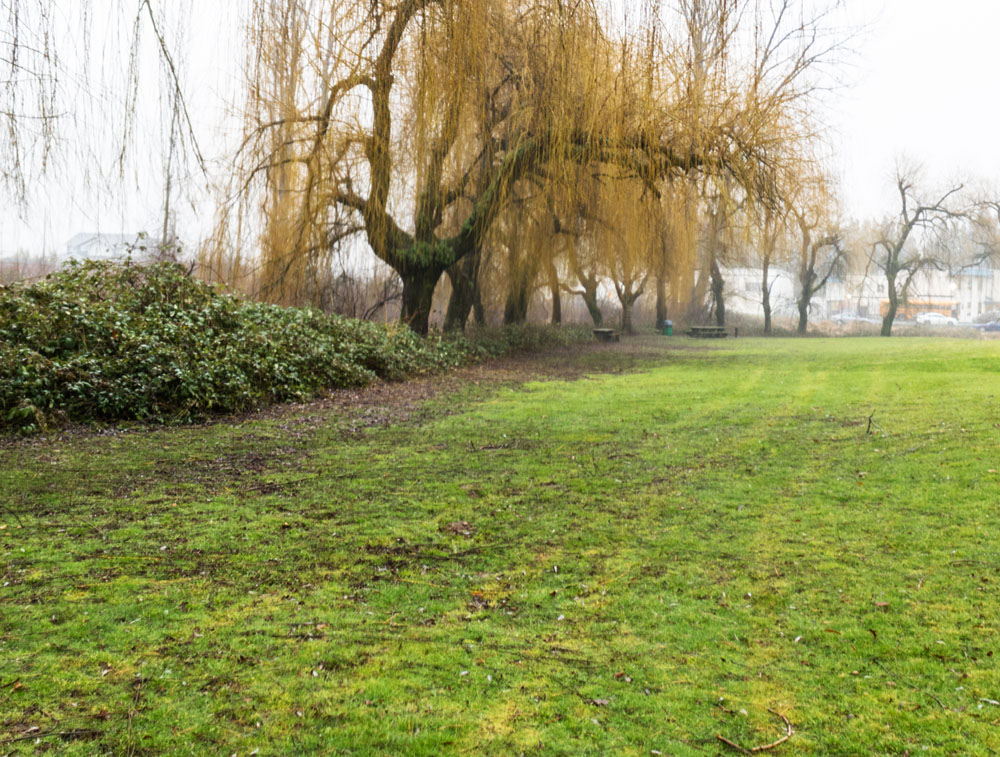 A group of people enjoying a picnic on the Matsqui Prairie. This photo location is an approximation of the original spot, since there were no identifying landmarks. 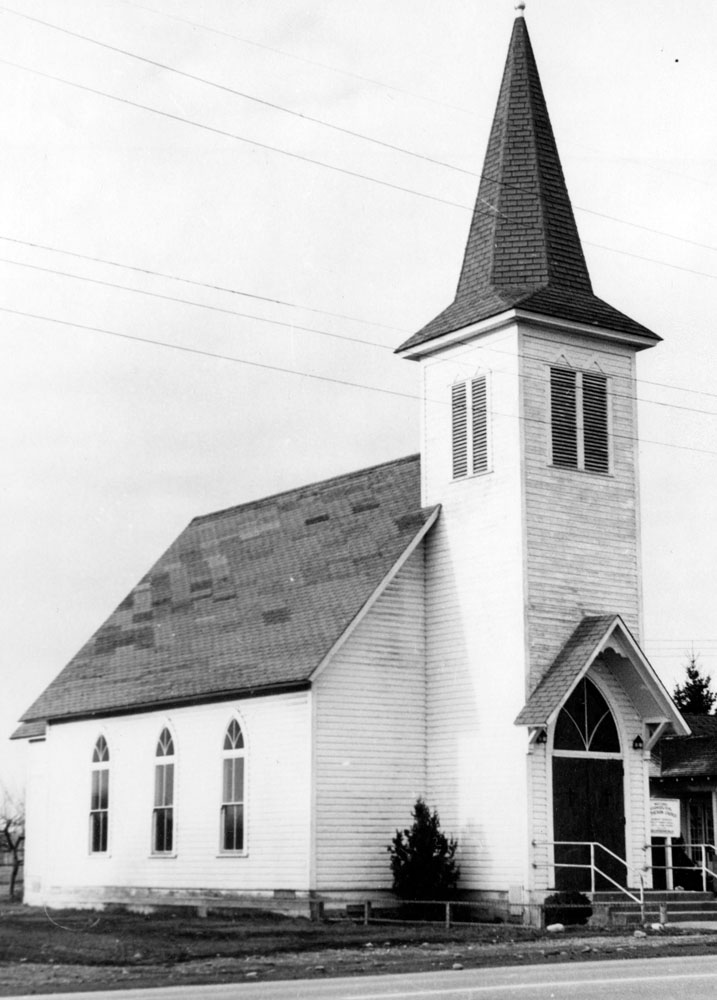 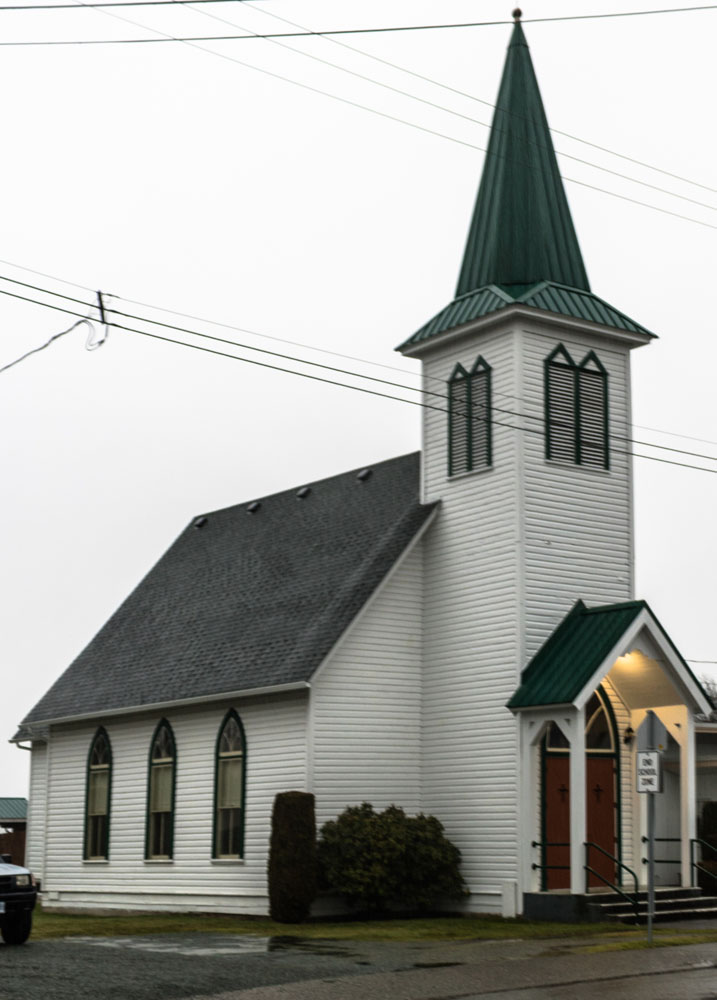 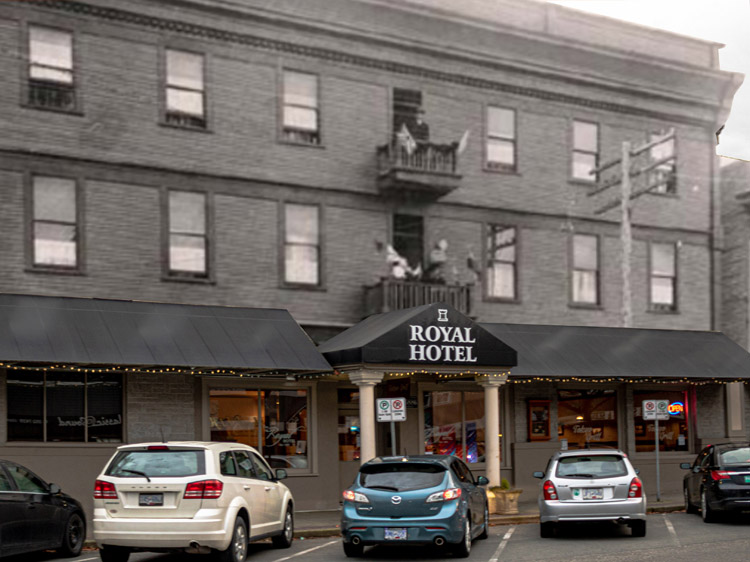 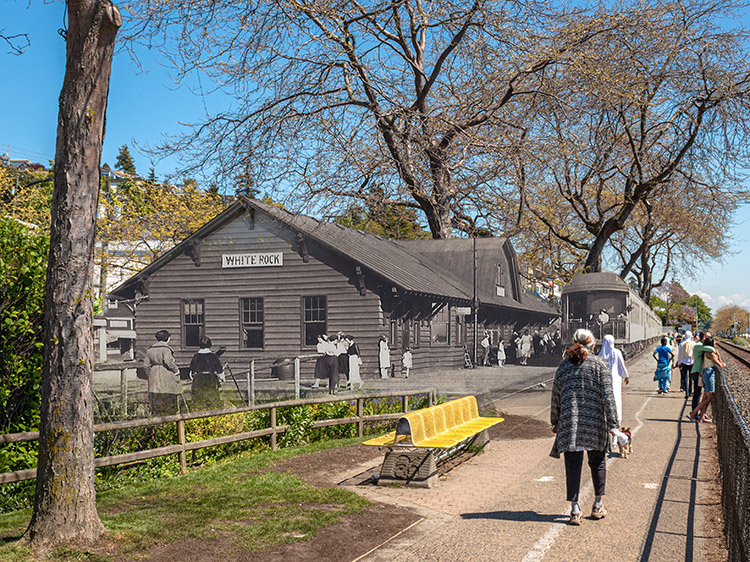 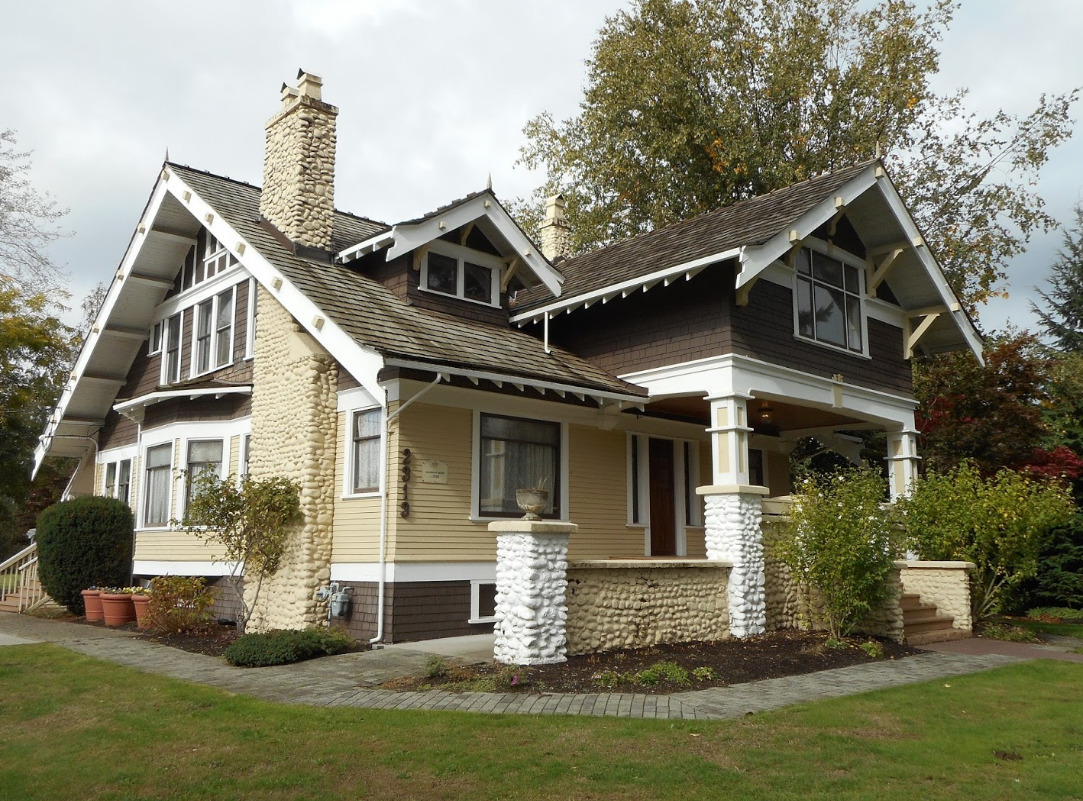 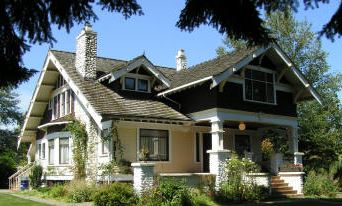