About On This Spot 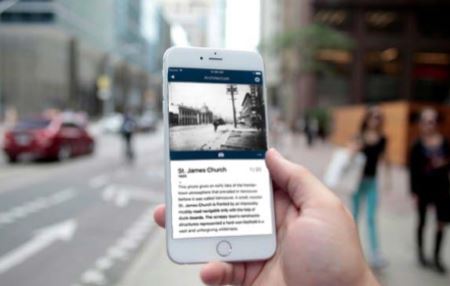 The On This Spot app takes people on guided walking tours through the history that surrounds them.

At each stop on their journey users will find themselves standing on the spot a historic photo was taken. They can view a then and now photo comparison, use the built in camera to create their own, and read about local history and how it ties into the broader human experience.

Based in Vancouver, On This Spot is working with heritage, tourism, and business organizations across Canada to expand the app's coverage. 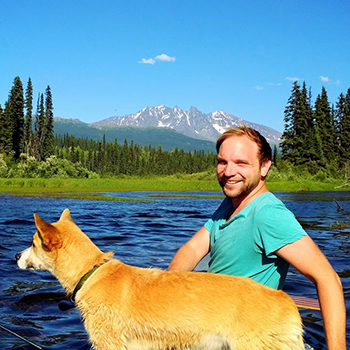 Andrew has always been deeply passionate about history. After completing his studies at UVic he sought to share that passion by creating the On This Spot history blog to chronicle his travels in Canada, Asia and Europe. This app is an outgrowth of that project. Andrew has previously worked as a web designer, journalist, researcher and photographer and continues to develop and write for the EnergyBC project.. 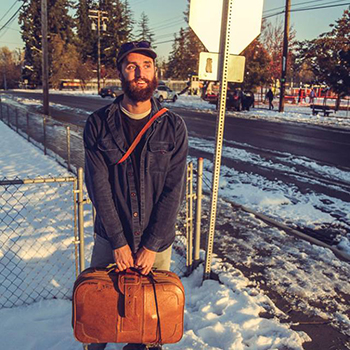 Chris has been making websites and programming servers since the early days of cable internet. After attending Lighthouse Labs he has become involved in the Vancouver tech scene working with an assortment of startups to help them improve their systems, and currently also designs, develops, and maintains software for casca footwear.. 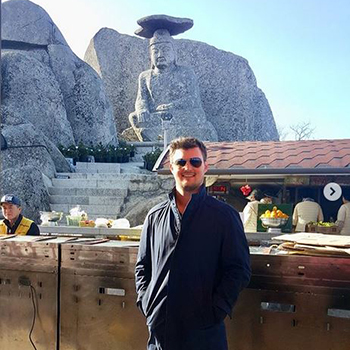 Sean currently serves as Chief Operating Officer for On This Spot. He has an extensive background in finance, sales and marketing. He holds a Bachelor of Science from the University of Victoria specializing in Economics and is a CFA Charterholder.. 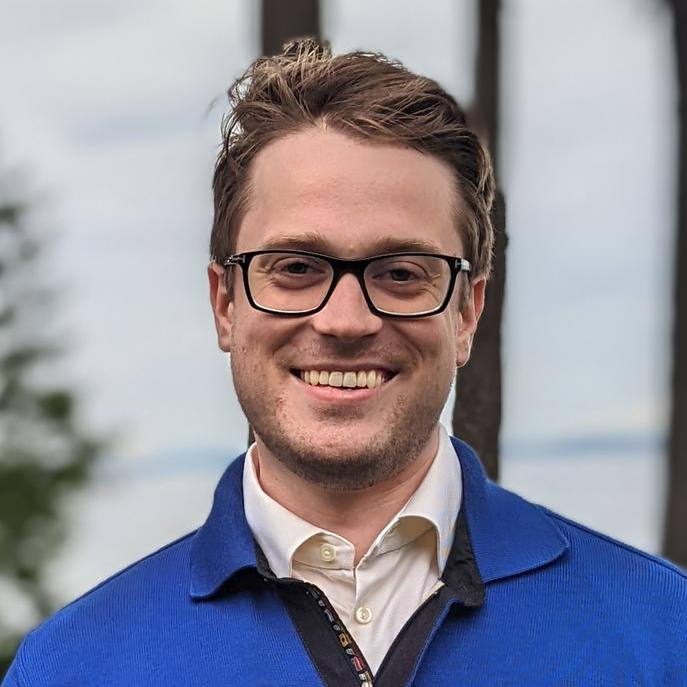 Christopher joined On This Spot in 2022, and is excited to help digitize history! Chris graduated from the University of Victoria’s Bachelor of Commerce program where he specialized in entrepreneurship. When Chris is not working with historical organizations around the globe he can be found playing volleyball, trying a new recipe, and exploring Vancouver Island. Chris is based in Victoria, BC.. 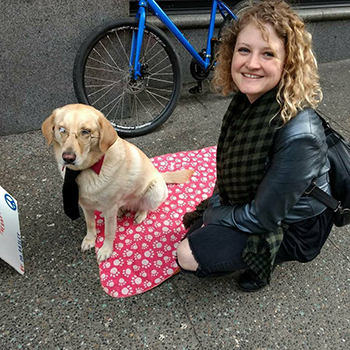 Alexa is currently finishing up a B.A. in History and Anthropology at UVic. She has worked and studied in several diverse fields ranging from hairdressing to forestry, and has a strong passion for history, travel and storytelling. Tours Written include The People of Victoria.. 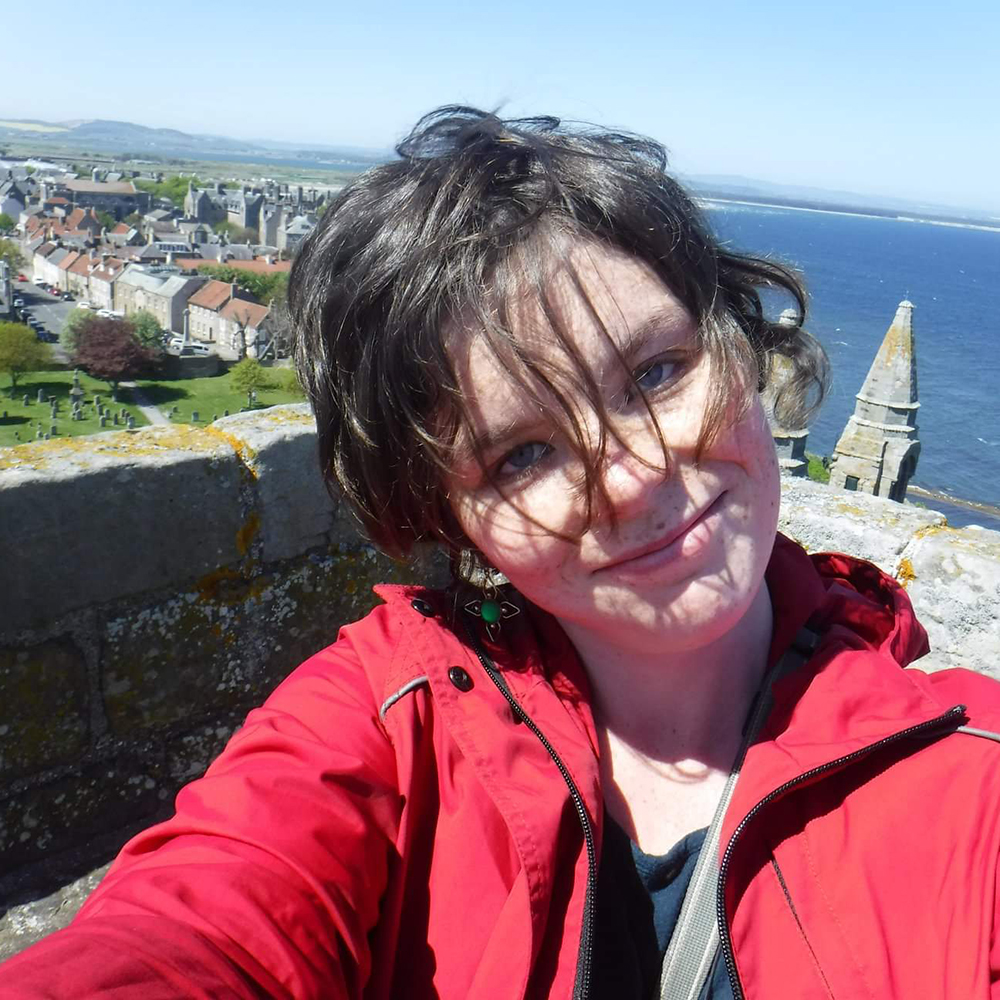 Natalie just finished her B.A. in English Literature at the University of Victoria. She is a passionate writer, editor and history lover who hails from the islands of the west coast. She's worked as a copyeditor, museum assistant, and assistant editor at a local newspaper, and is usually in the middle of writing a novel.. 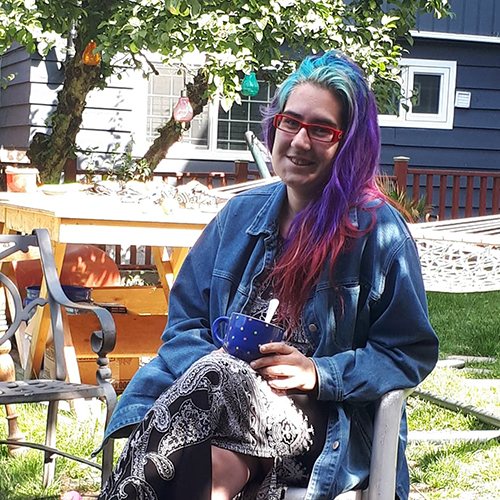 Hailing from a small town in Québec's Eastern Townships, Joany graduated with bachelors in Teaching and Music performance before deciding to seek new challenges. After traveling widely in Europe and the United States, she settled in BC several years ago. Whether it's teaching, performing, writing in both languages, or translating, she brings passion and dedication to everything she does.. 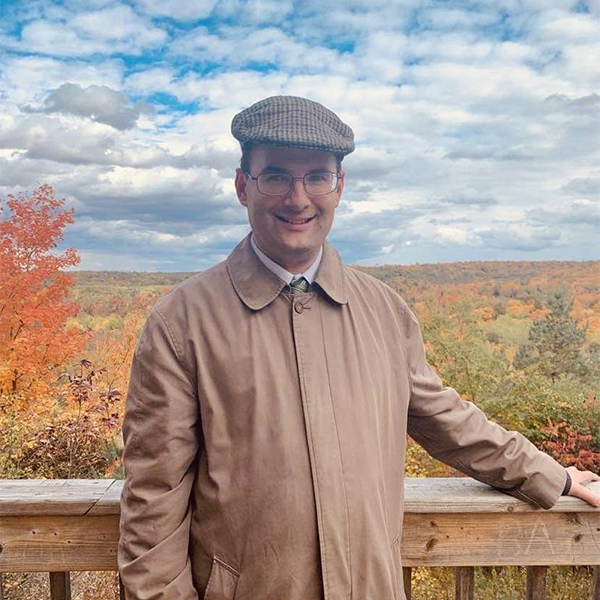 Ian obtained a B.A. (Hons.) in English Literature from Trent University in 2013, and a Certificate in Museum Studies from the Ontario Museum Association in 2022. A lifelong resident of Lindsay, Ontario, Ian has coordinated commemorative events and exhibits – both digital and in-person – for two local museums, and has written for The Lindsay Advocate magazine since 2017. His research interests include social and local history, with a passion for stories that have hitherto gone untold.. 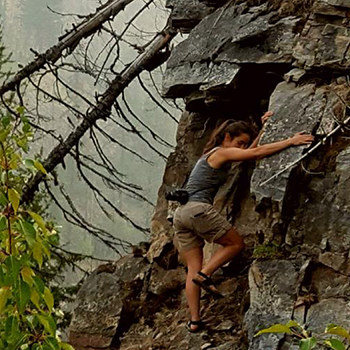 Alicia has sampled a lot of different careers, testing the waters in many fields. She's always had a fascination with history, the outdoors and art, so the creative blend of all these fused together by On This Spot drew her in. She has traveled the continent and abroad and will continue exploring and sharing those experiences.. 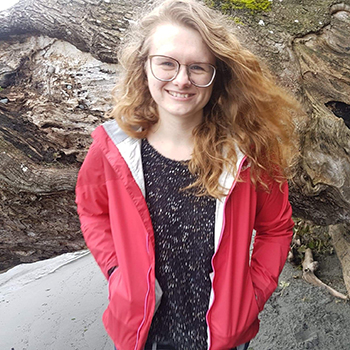 Elyse is a Masters student in Public History at the University of Victoria. Elyse is originally from Lacombe, Alberta, and completed her undergraduate of history at King's University in Edmonton. Her specializations are post-Second World War immigration to Canada and the oral histories of immigrants. Elyse is taking the lead on development of content in Alberta.. 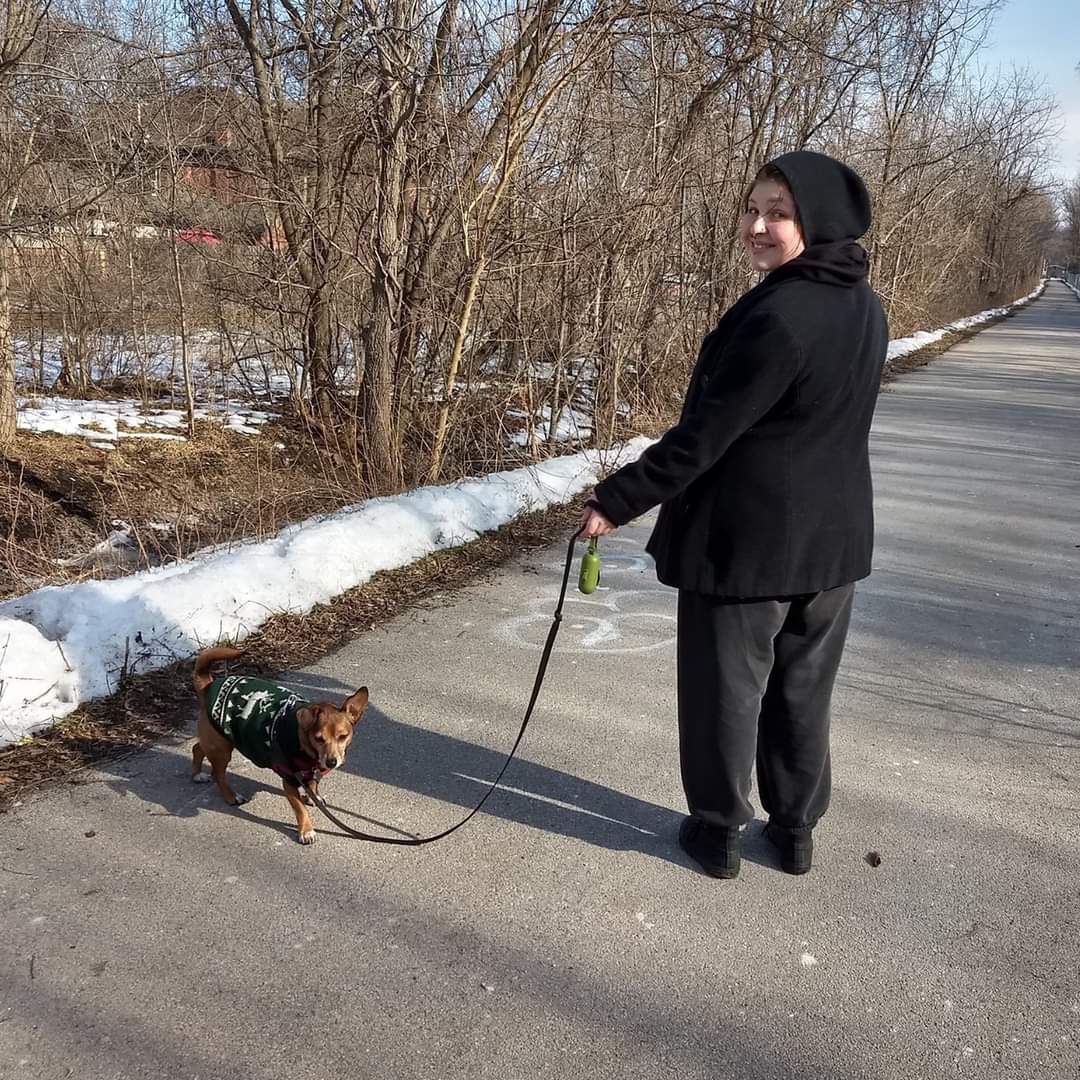 Taylor is one of the content writers at On This Spot Inc. Her research interests range from 18th century Canadian cookbooks to human osteology and pathology. Taylor completed her masters in bioarchaeology at McMaster University in 2019, where she examined the intersection between age, sex, and settlement type in relation to fractures in late Roman Age individuals. When not reading books she can be found digging in the dirt looking for old things, and has had the privilege of doing so in Southern Ontario, Victoria, and Italy to date.. 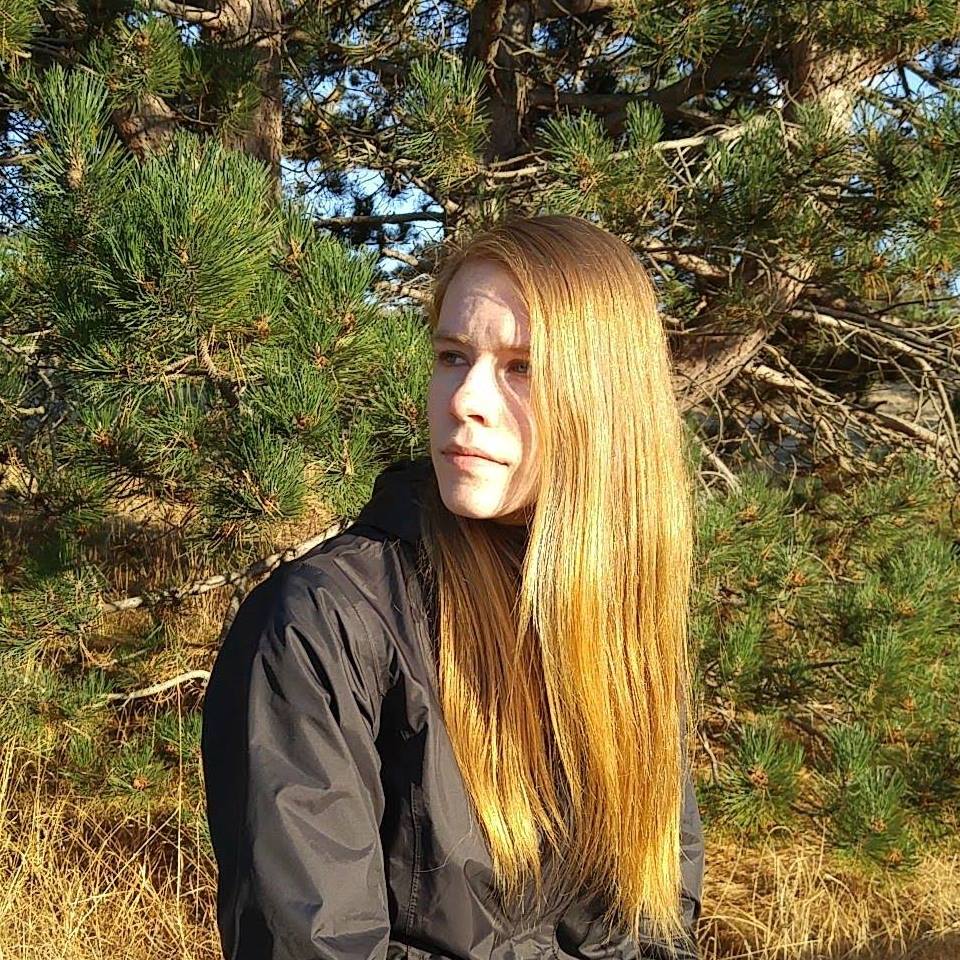 Lindy is a History MA student at McGill University whose research is situated at the intersections of the histories of gender, crime, and the body. Lindy has worked in a variety of research positions, most recently as a Digital Archivies Research Assistant for Landscapes of Injustice, a multi-year project focused on the history of the forced uprooting and dispossession of Japanese Canadians beginning in the 1940s.. 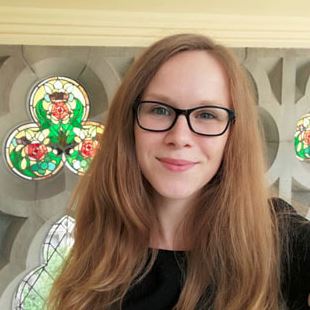 Stephanie Sukhareva holds a master’s degree in Museums Studies from the University of Toronto and has a BA in Art History and German Language and Literature from the University of Ottawa. She has extensive experience working in Canadian museums and galleries in delivering memorable and educational programs for audiences of all ages and backgrounds. She is inspired by the interconnections between people, heritage, and nature- especially as they face increasing challenges in urban life. 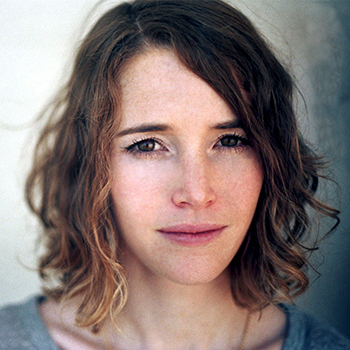 Annabel Howard studied art history at Oxford and has an MA in biographical writing from the University of East Anglia. She has worked as a lecturer and guide across Italy and the UK. She has written three books. She is currently artist in residence at the Centre for the Study of Religion and Society at UVic. Tours written include the Newcastle Island, Departure Bay, and Postwar Transformation tours in Nanaimo, and the Gorge Park and E&N Railway tours in Esquimalt.

On This Spot began as a history-focused travel and photography blog developed by me, Andrew Farris. In 2013, while visiting Nagasaki, I saw plaques at many sites with pictures showing how those spots looked right after the atomic bomb was dropped on the city in 1945 - scenes of utter devastation. Taking my own photos from the same perspective to create the then and now effect was a vivid and moving way to illustrate how a city could rise from the ashes of catastrophe. By tying historical events that we read about to a physical place, history is made far more real and immediate - as if you can almost reach out and touch it. I went about creating then and now photo essays in cities and historic sites in Canada, Germany, Britain and France.

To better immerse myself in history, whenever I'm visiting a place I bring books describing historical events that occurred there. I find a nice tree to sit under, crack open the book and try and imagine what it was like to be at that exact spot at the time I'm reading about. It is always a profound experience.

When I was visiting the beaches of Normandy, I was living out of a backpack and didn't have space to bring along books about the Normandy Battles. Where would I find some eyewitness accounts that would transport me back to 1944, and allow me to retrace the footsteps of the young men who stormed the beaches? I ended up wandering around the villages behind Juno Beach, vainly looking for a wifi connection so I could do the research online. It was a hassle. Was there an app for this?

It turns out there was not. When I returned to Canada I teamed up with a UVic friend, Chris Reid, to build the On This Spot app. Our goal was to combine then and now photos with engaging and exciting storytelling to create easy-to-use immersive history experiences.

Since the app's launch in the summer of 2016, we've expanded to new cities, partnered with many organizations, and brought on new team members, including our talented COO Sean Edmunds (another UVic grad).

Our dream is that one day anyone can open the On This Spot app wherever they are and immediately step into the history that surrounds them. We believe in this project because there is great value in understanding history, and being able to put yourself in the shoes of people in the past. It is only through knowledge of what came before that we can truly understand the society we live in today, and the possibilities for our future. 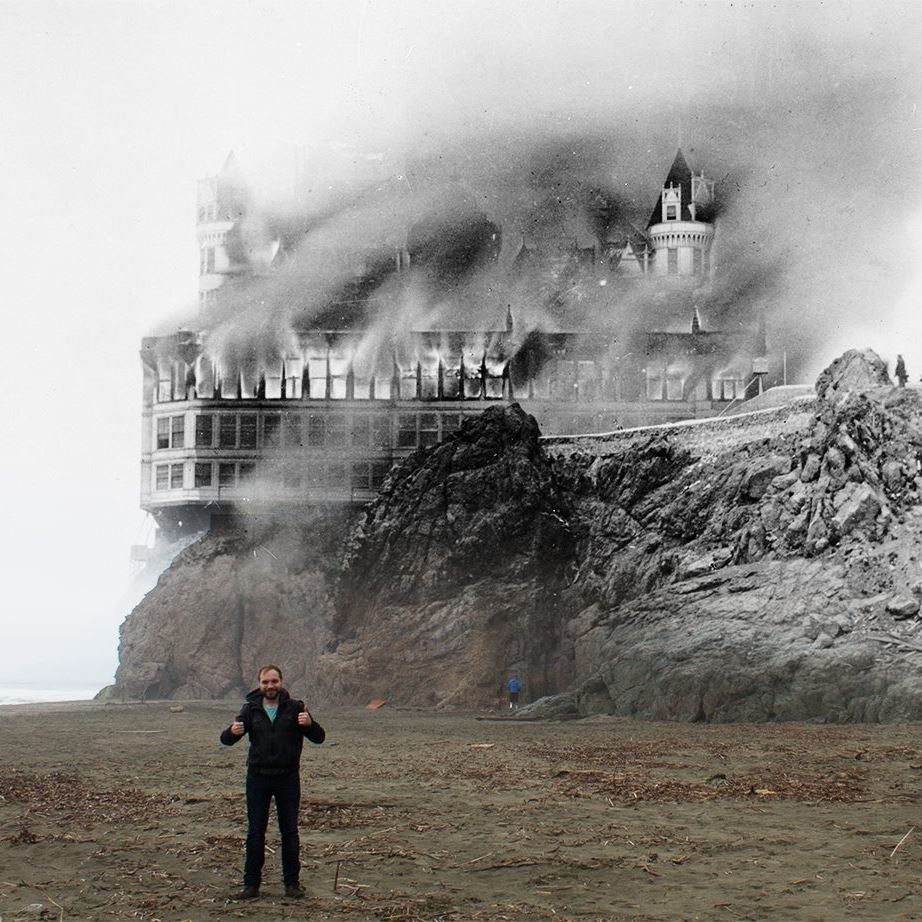