A partnership between FutureSSM and the Sault Ste. Marie Downtown Association, the Downtown Mural Project 2019 consists of 5 large-scale murals in the downtown core to support and coordinate with downtown revitalization initiatives. 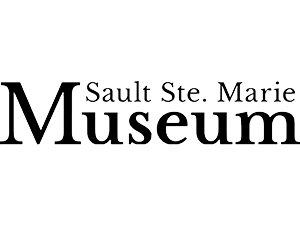 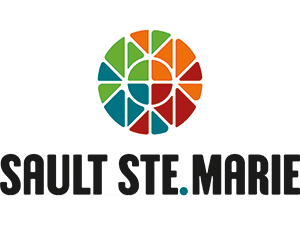 Patrick Hunter is an Ojibway artist/graphic designer from Red Lake, Ontario. At 17, Patrick sold his first painting, not thinking that it could turn it into a career. Fast forward 13 years later, Patrick has been running his own design business since 2014, creating all kinds of paintings and designs that have also been put sold all over the world.

Patrick is a new member to the Canadian Gay & Lesbian Chamber of Commerce family, which has led to partnerships with RBC, BMO, STAPLES Canada and Redwood Classics apparel. He is also the artist in residence to the Princes Trust Canada, which is a charity that operates to expand Indigenous language retention in Canada. His scarf collections have been purchased as gifts entities like Global Affairs Canada, and in 2016 was selected by web giant eBay Canada to do an apparel collection with proceeds from sales going to Indigenous charities. Whenever home in Red Lake, Patrick makes it a point to teach art classes to various schools in the area and maybe inspire the next generation of Woodland artists to answer the call of the art world. 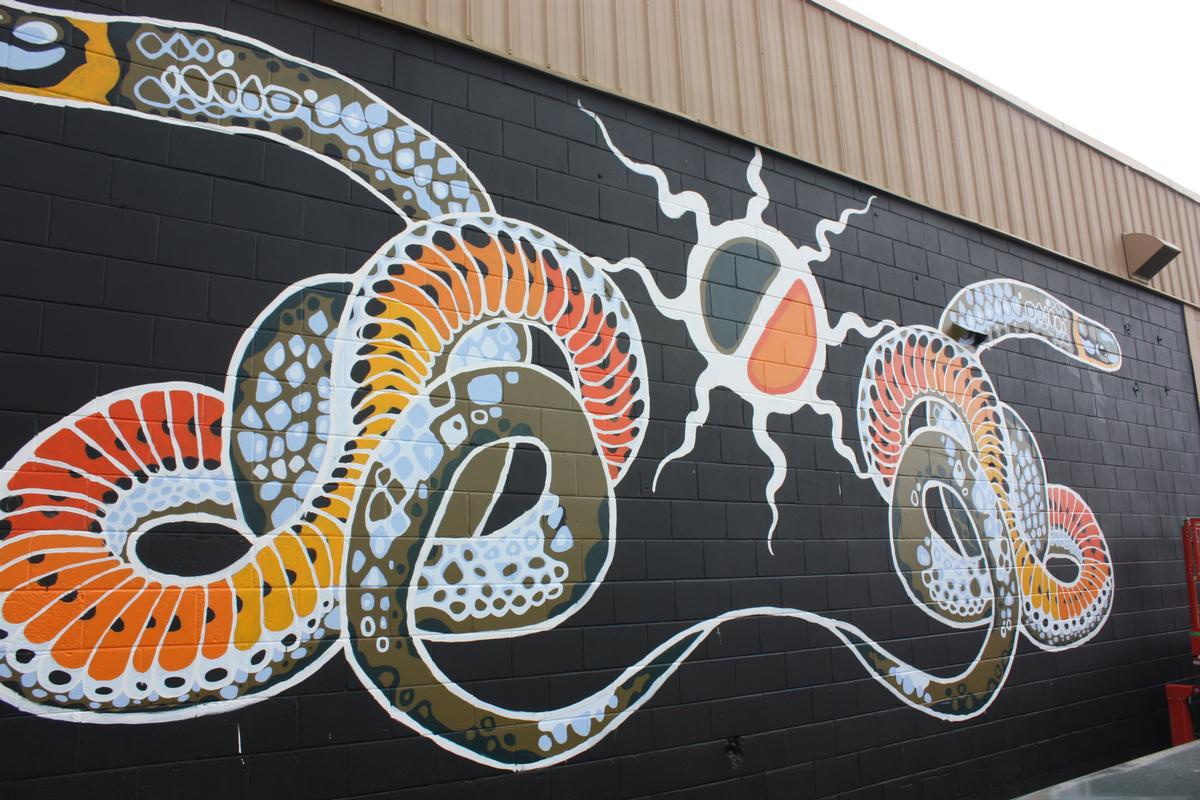 Rihkee Strapp is a two-spirited Métis of the Wolverine Clan and was born in the small Northwestern community of Red Lake, Ontario. They are a multi-disicplinary artist whose practive includes traditional woodland painting, installation, performance, and social practice. Growing up, Rihkee was inspired by their grandmother’s print collective by the Woodland artists of the Triple K Cooperative silk screen company, who came out of Red Lake. After living in a social sculpture in Sault Ste. Marie, by Matt Ceolin called the Arcadia Project, Rihkee became fascinated by social practice and the power of these communities of people.

Their arts practice centers around nuances of identity, and cultural appropriation. Using the Woodland tradition of mnemonic painting, vivid colours, and legend, they juxtapose the experience of contemporary life for the rural-born Métis raised on the internet, with a focus on collaborative projects and community transformation.
Mishiikenh Kwe ndizhnikaaaz. Adik ndoodem. Namegnedawaan ndoonjibaa.
My name is Autumn Smith/Mishiikenh Kwe (Turtle Woman.) I’m anishinaabe (Ojibwe/Odawa) from the caribou clan, my community is Magnetawan First Nation. I grew up listening to stories from my grandmother who is an anishinaabemowin (ojibwe language) teacher from Wiikwemkoong and draw most of my inspiration for paintings from those stories, thoughts and teachings I got from her and from ceremonies I attend.
I often paint my own visions and dreams that come from a deep spiritual connection with and love for the land, my ancestors, animal/plant beings and all my relations

Darren Emond was born one Halloween morning in the frigid northern wastelands of a little mining town called Wawa in Northern Ontario, Canada. With a penchant for the creepy and the absurd, he broke his restraints and crashed around like a mad fiend calling many places home. He studied visual arts, English, marketing and philosophy at Cambrian college in Sudbury. He briefly worked as an arts instructor at the local gallery, teaching classes on anatomy, before the allure of hedonism flew him to Mexico where he busqued as a magician. Crash landing in Montreal, he worked as a commercial artist, arts instructor, magician and writer for several years before calling Sault Ste. Marie home. He lives with his cat Conan and spends his days in the studio where he is currently finishing work on his newest novel - The Fantabulous Tales of the Frivolous Fox.

Jerry Rugg aka birdO is a multidisciplinary artist based in Toronto. While his surreal geometric animals can be found on canvas, in digital print, and installation, birdO is primarily known for his large-scale mural work on walls and buildings around the world. Jerry’s long passion for the arts, his storied experience working in film, and the skills acquired as an award winning graphic designer, have all contributed to his approach, which focuses on an acute awareness of the surface and studious preparation with regard to local culture and surroundings.

Known for his works lining the alleyways and streets of Toronto, Alex 'Bacon' Lazich began painting in the 1990s as a teenager. His work has evolved to deconstructing traditional graffiti spray techniques to create an abstract graffiti style while maintaining letter form. 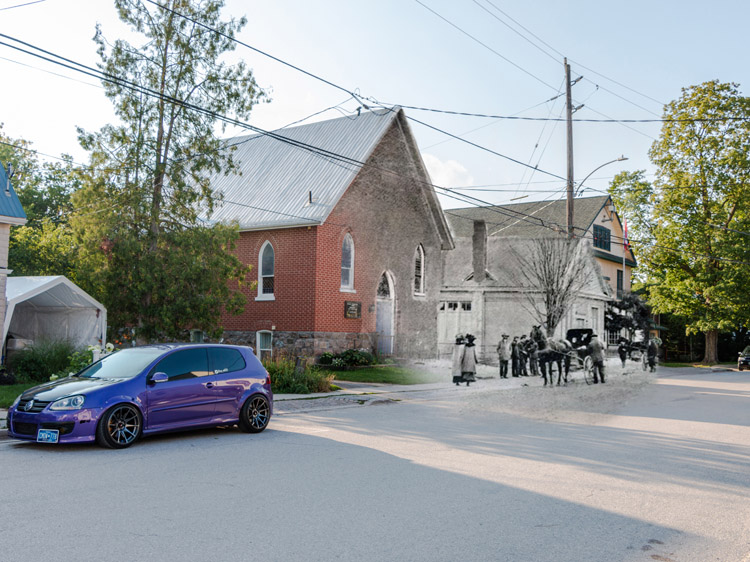 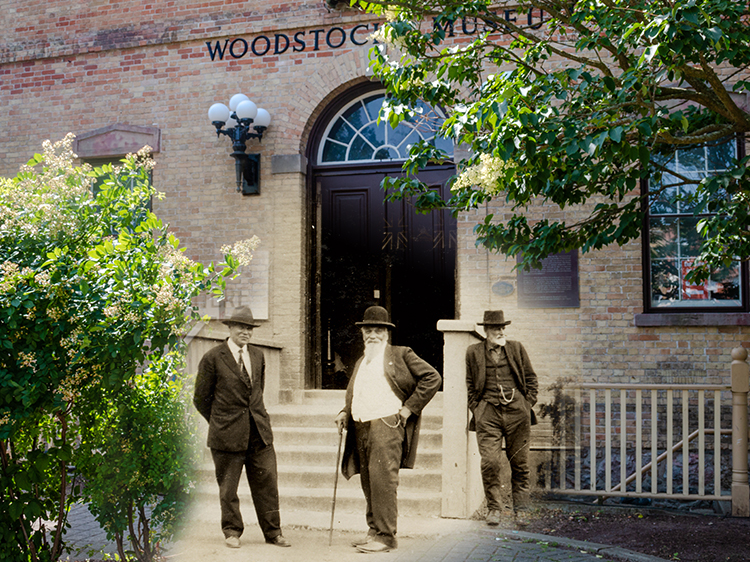 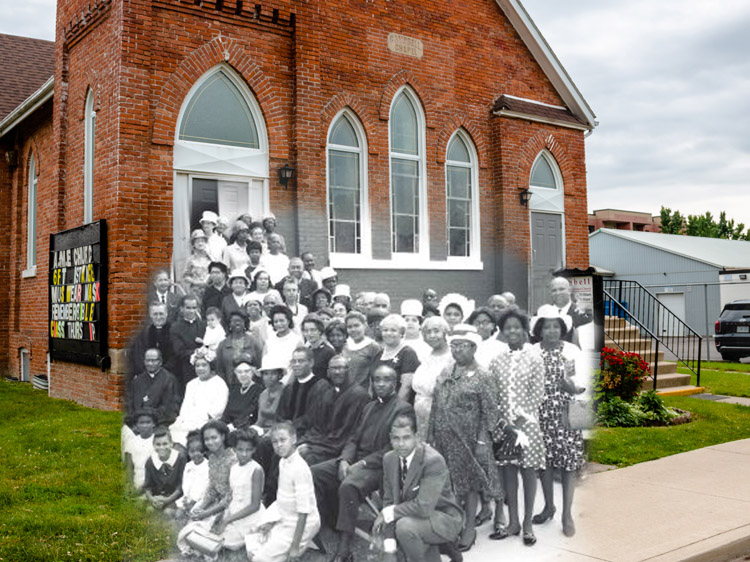