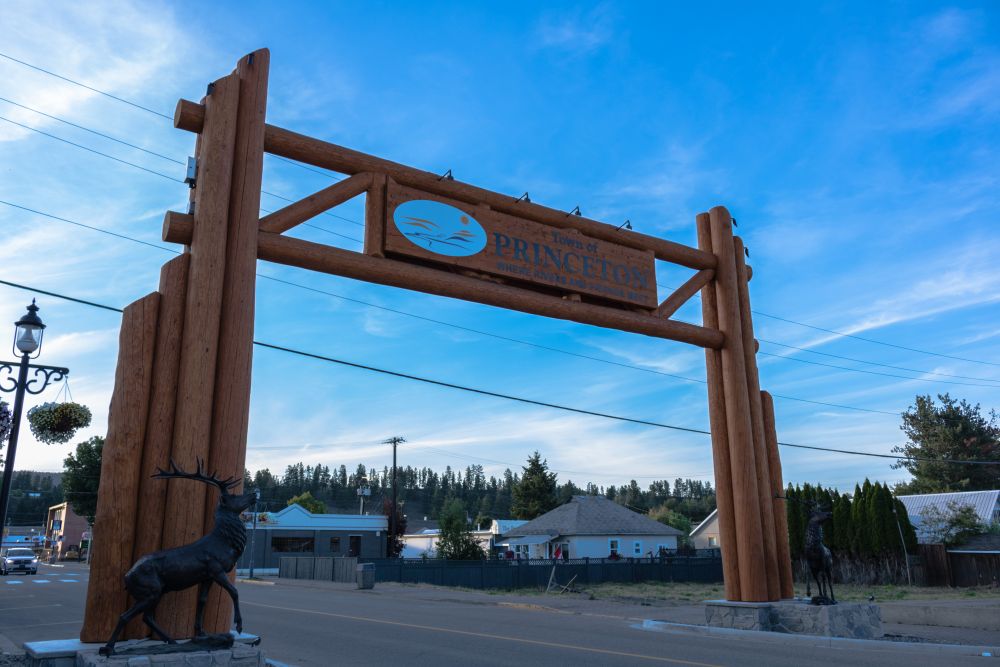 by On This Spot

In this tour we'll take a look at the bronze sculptures recently installed around downtown Princeton as part of the town's beautification plan. We'll learn about some of the animals you can find in the Princeton District.

This project is a partnership with the Town of Princeton and the Princeton & District Museum and Archives. 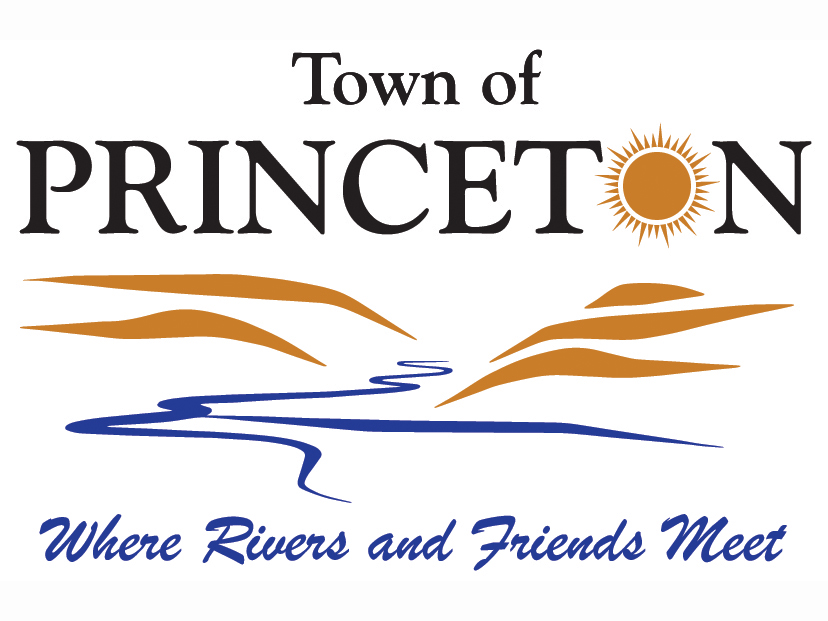 Elk have been part of the North American environment since the ice age. These large, social, vocal animals left British Columbia completely during the last glacial advance but repopulated both the wet coast and dry interior after the ice melted.

The Elk is the second largest member of the deer family with slender legs, a thick neck and is coloured brown or tan with darker underparts. The antlers, only grown by males, are large with many tines, the main beam up to 160 cm long. At certain times of the year it is not uncommon to see elk feeding in fields on the edge of town. 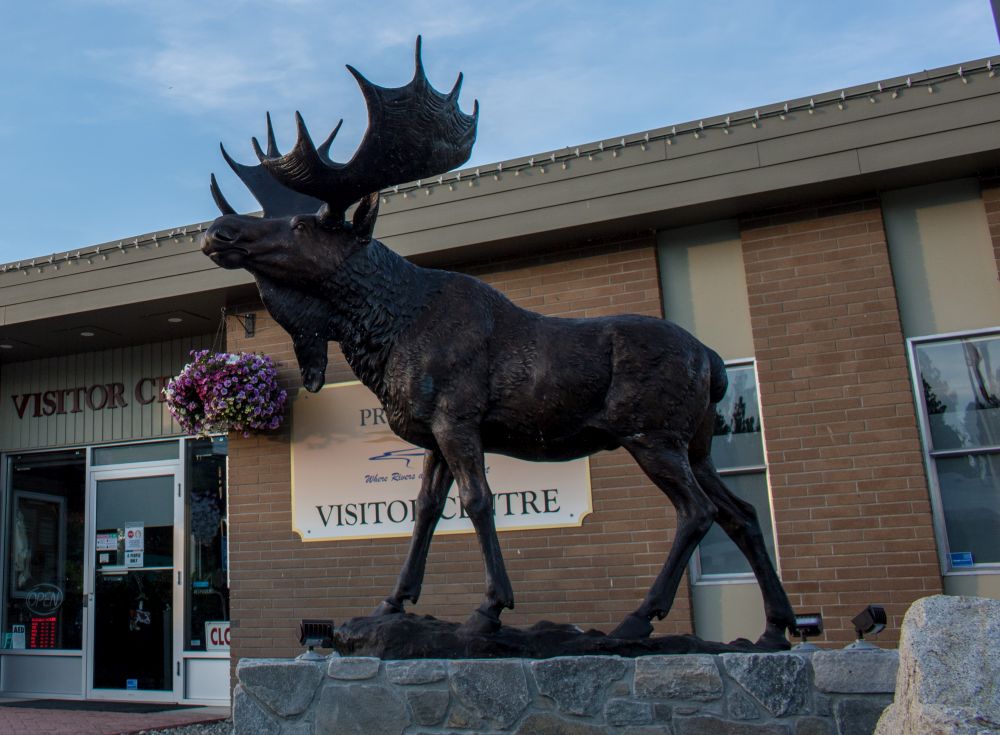 Moose are the largest living member of the deer family. Four subspecies are found in Canada: the Alaska/Yukon moose, the shiras moose, the western Canada moose and the eastern Canada moose. They live in every province and territory except Prince Edward Island. Often considered a symbol of Canada, the moose is featured on Ontario’s provincial coat of arms. 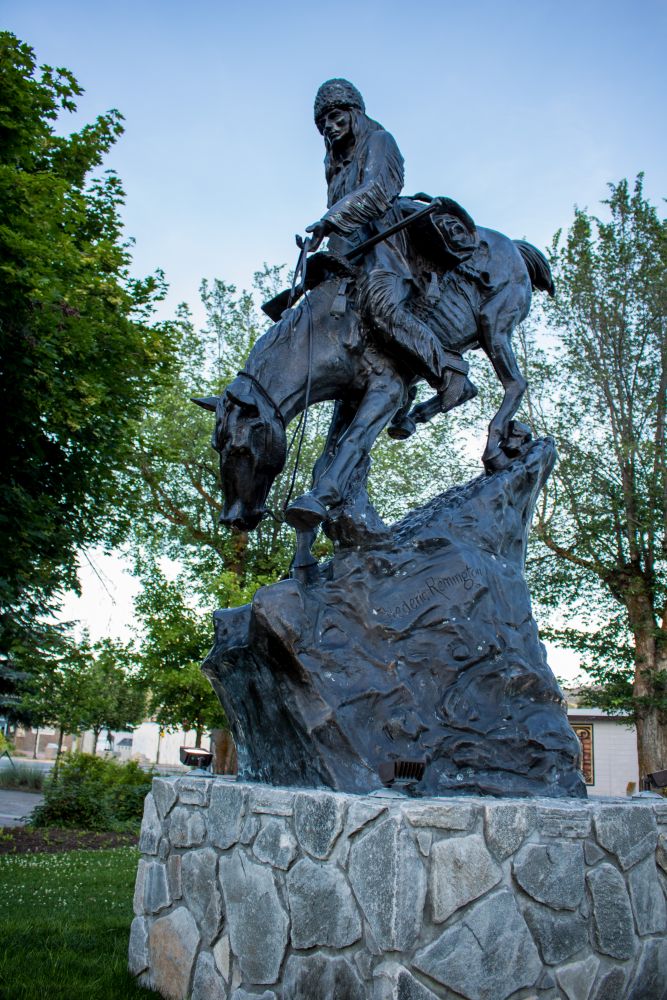 The Mountain Man (1903). Remington described “The Mountain Man” as one of the "old Iroquois trappers who followed the Fur Companies in the Rocky Mountains in the 1830's & 40's," probably referring to French Canadian trappers. The sculptor chose a dramatic episode in the daily life of a trapper, his and his mount's descent on an almost vertical slope. Man and horse work together to make the trip down a treacherously rocky decline: The horse has been given full rein to choose its pace and path; the rider leans sharply back and balances himself by holding on to the tail strap with his right hand. 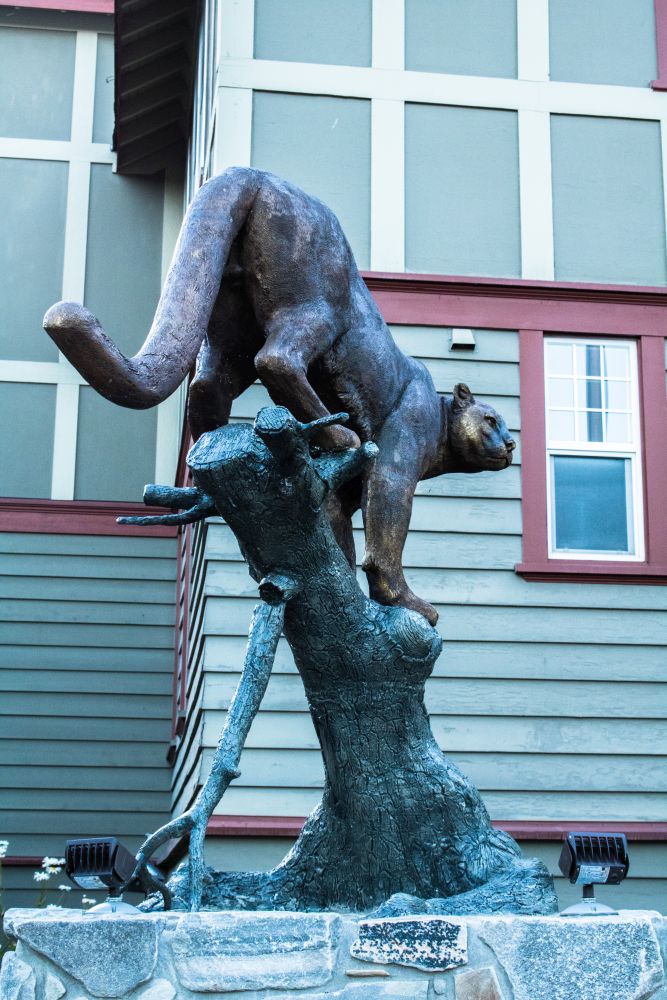 Cougar, puma or mountain lion is the most gracile of the New World wild cats. It has long legs and tail, and a small head (similar to the African cheetah, thus has also been called the American cheetah). Colour varies from tawny to cinnamon or reddish brown; underparts are dull white. The backs of the ears, markings on the face and the last 5-8 cm of the tail are black. 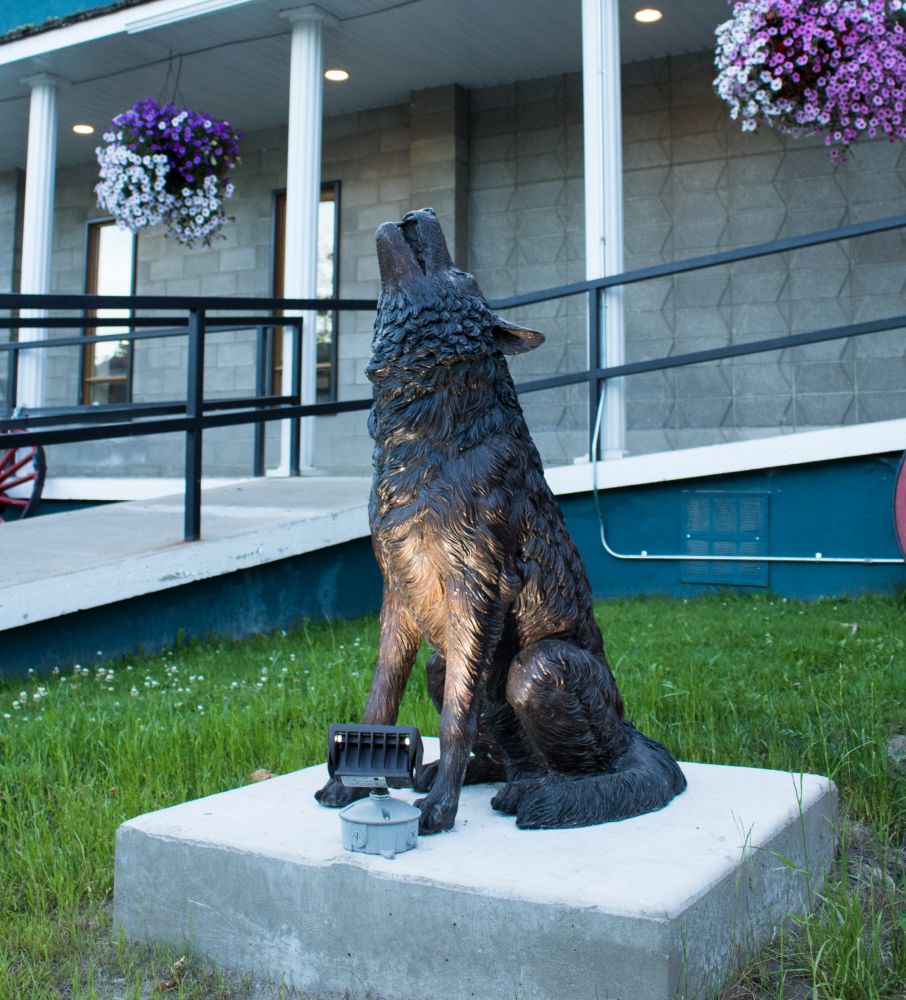 The wolf is the largest wild member of the dog family. Living wolves belong to the Holarctic species Canis lupus (except red wolf, C. rufus of the southeast US). The grey wolf is the largest, weighing 25 - 45 kg, and has a distinctively massive head with a strong forehead. It resembles a German shepherd dog, although its coat is usually greyish. Black or almost white individuals also exist. 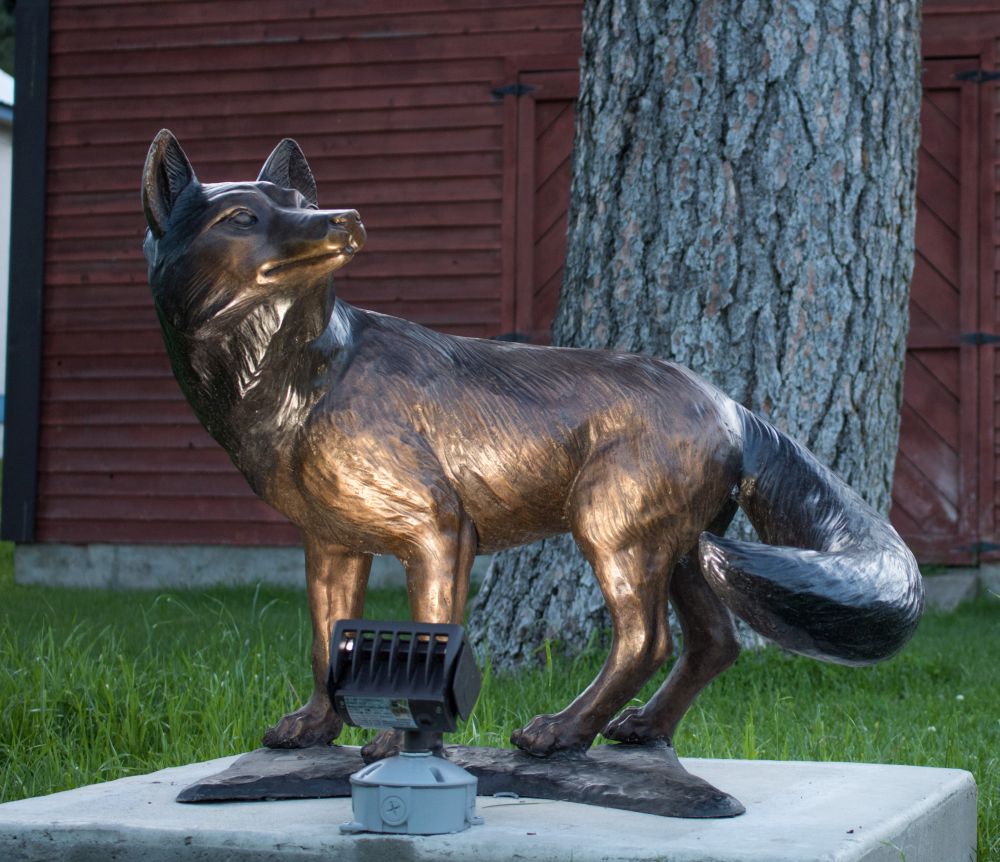 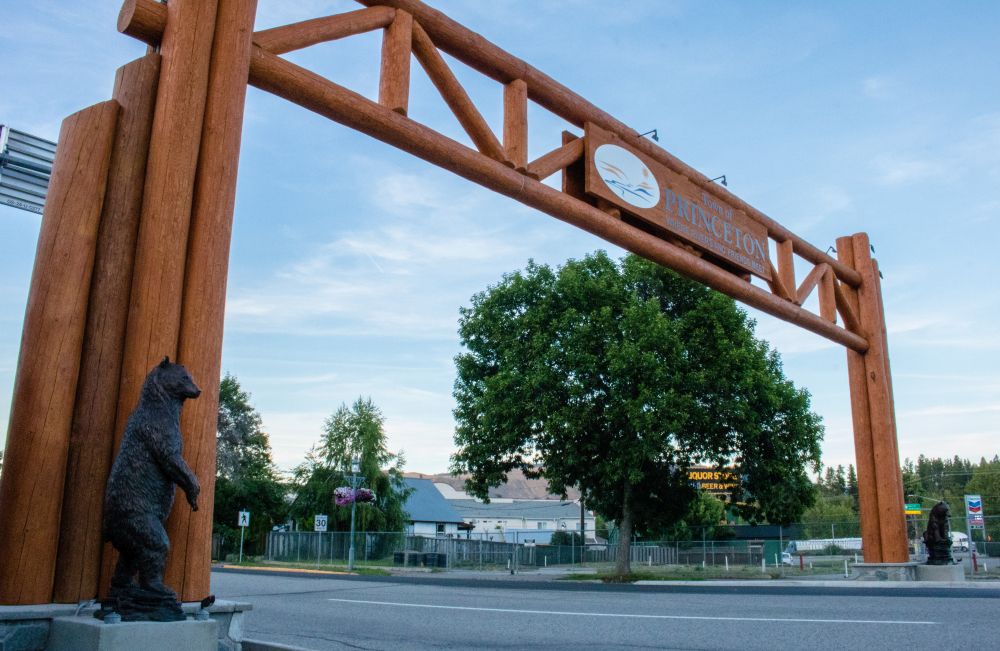 British Columbia has some of the highest populations of black bears in the world with estimates ranging from 120 to 150 thousand animals. Most of BC is considered “bear country” with bears living in coastal temperate rainforests as well as the dry interior. While called a black bear, these animals come in a variety of colours – everything from the white Kermode bear through to their namesake black and most shades of brown in between. Black bears are omnivorous animals with vegetation making up about 80% of their diet. They are renowned for their acute sense of smell that allows them to locate food at great distances 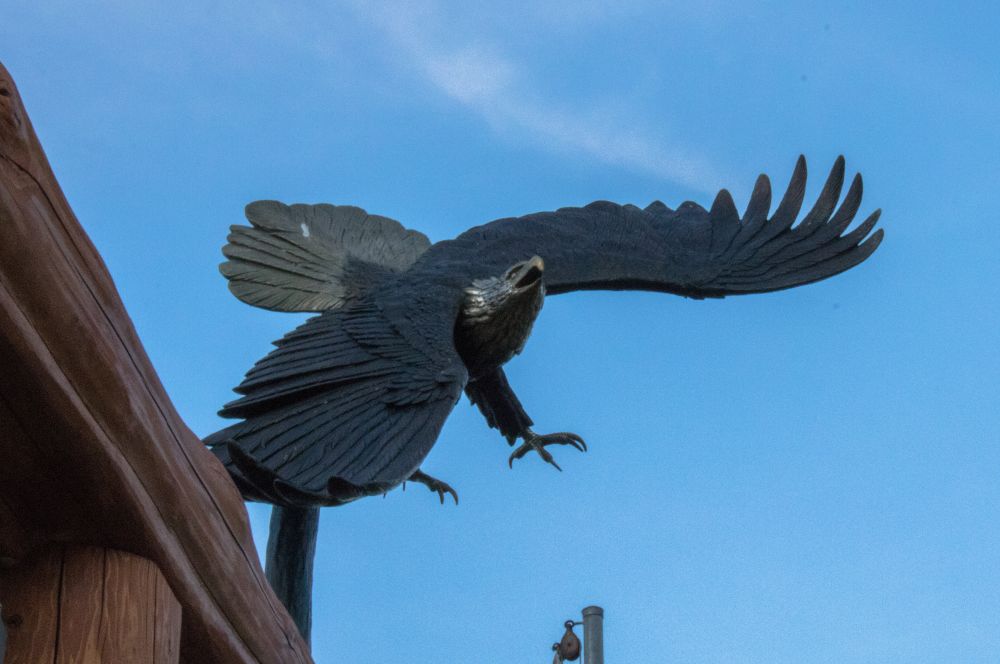 A large bird of prey, the eagle has exceptionally keen vision, long, powerful wings, a hooked bill and strong feet with sharp curved talons. Eagles are fierce predators, spotting their animal prey as they soar or from their perches, and then swooping to kill. 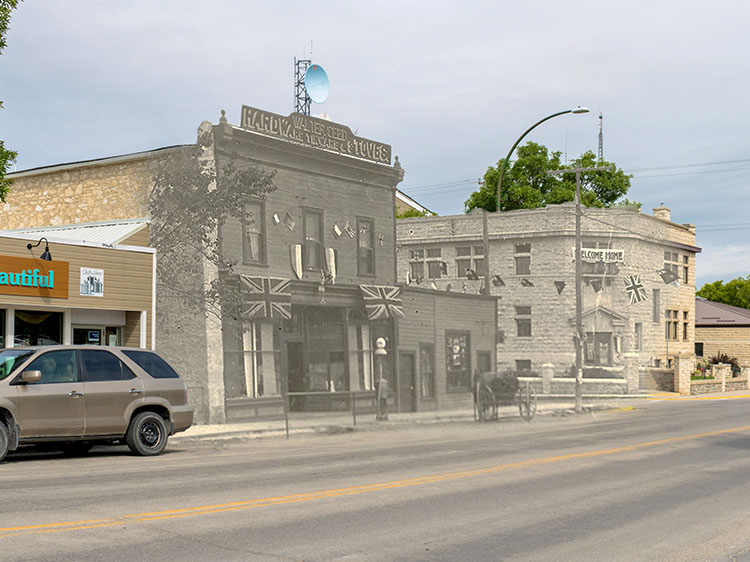