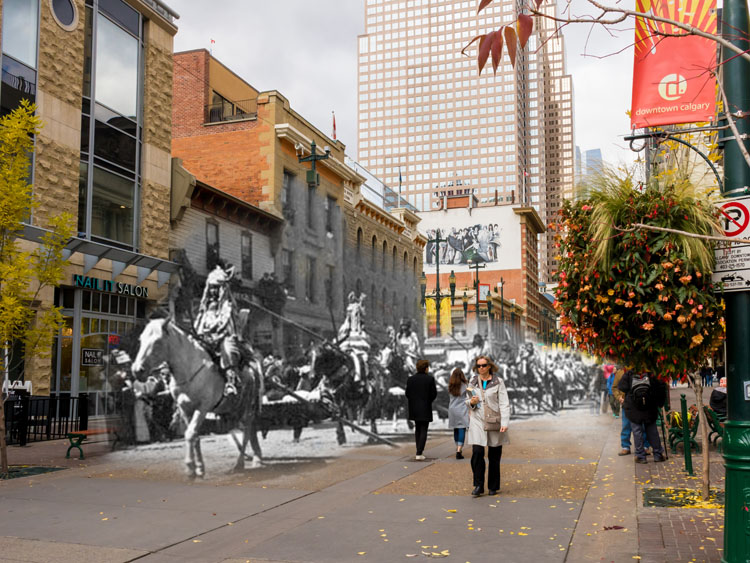 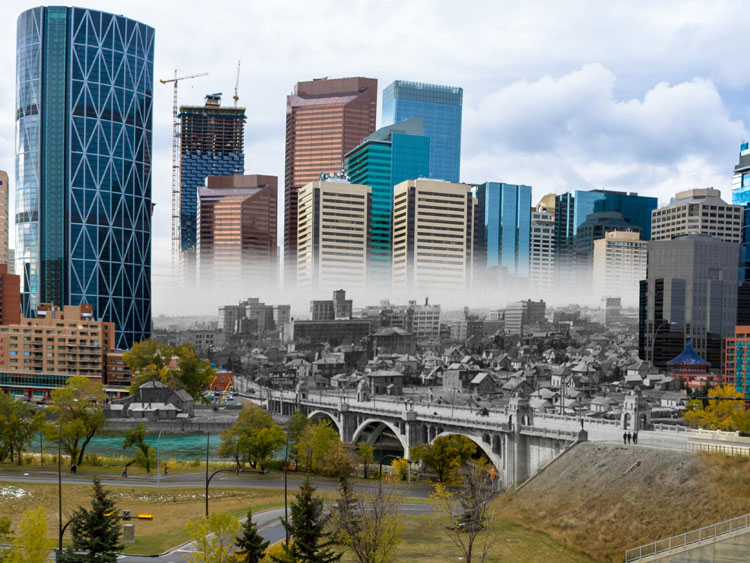 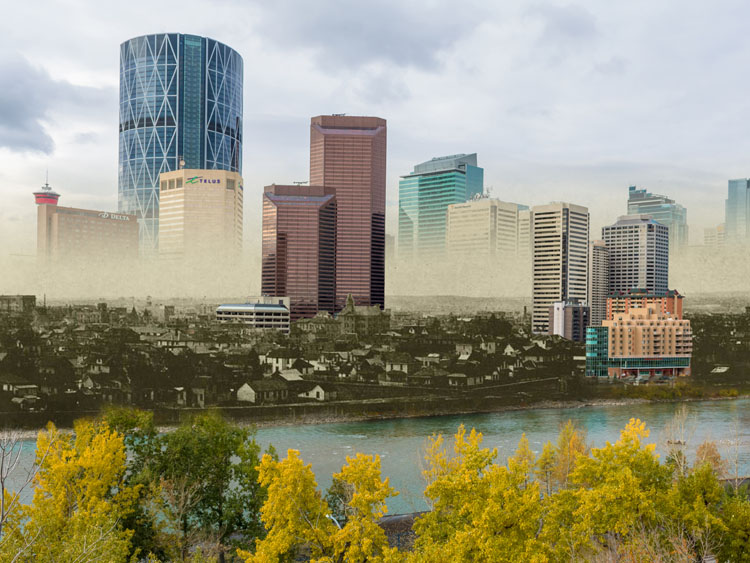 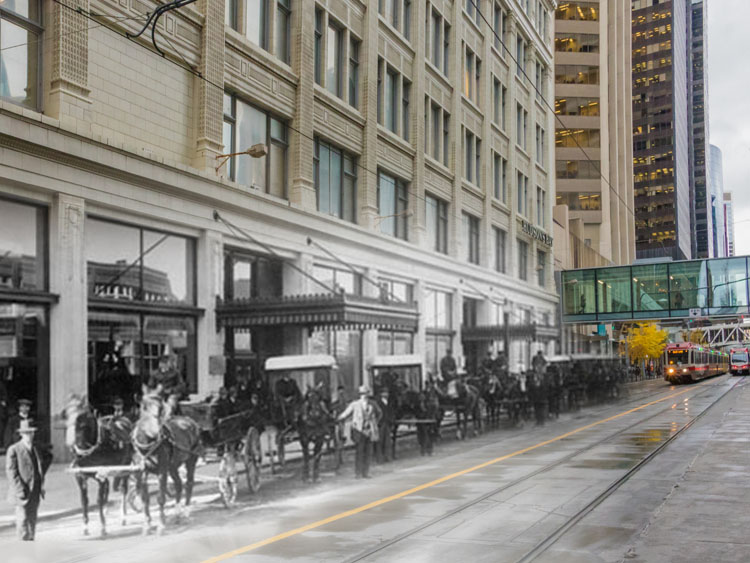 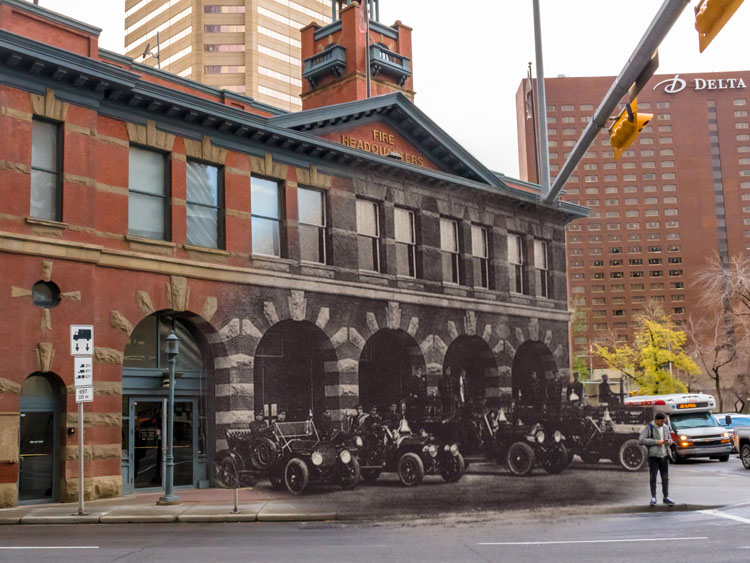 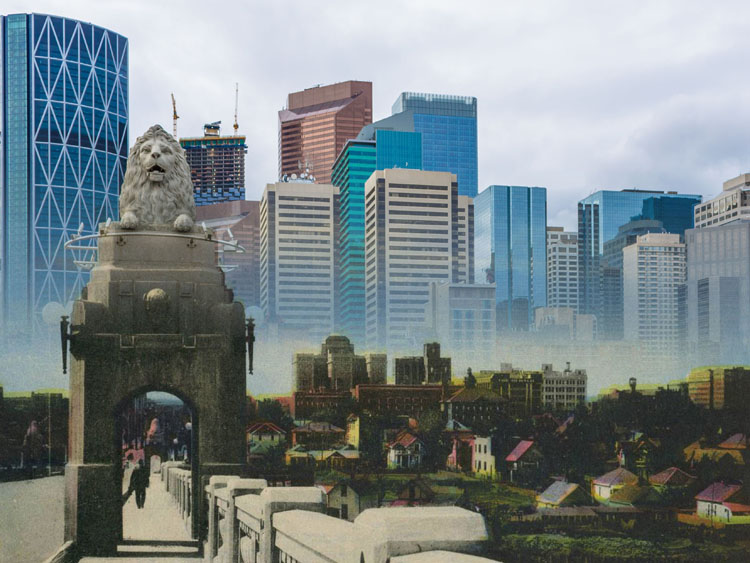 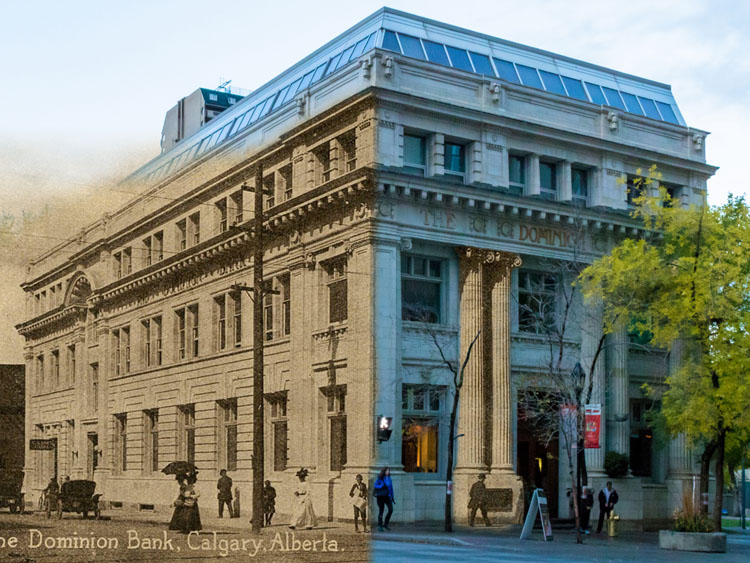 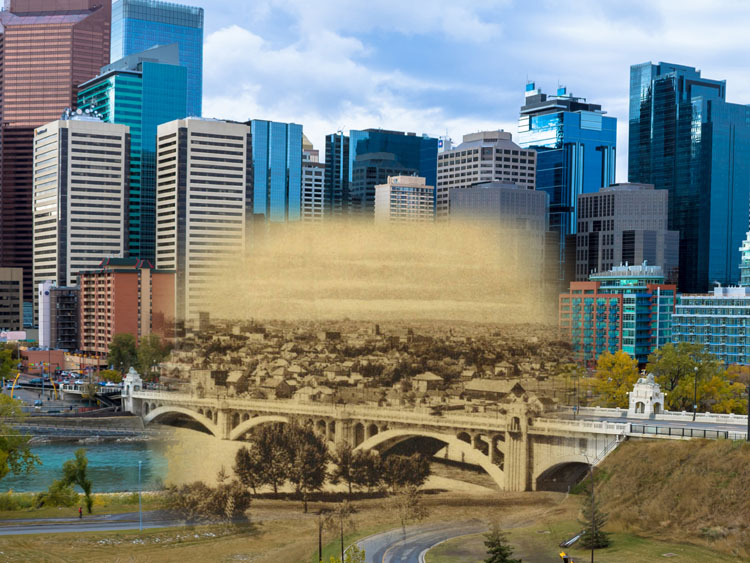 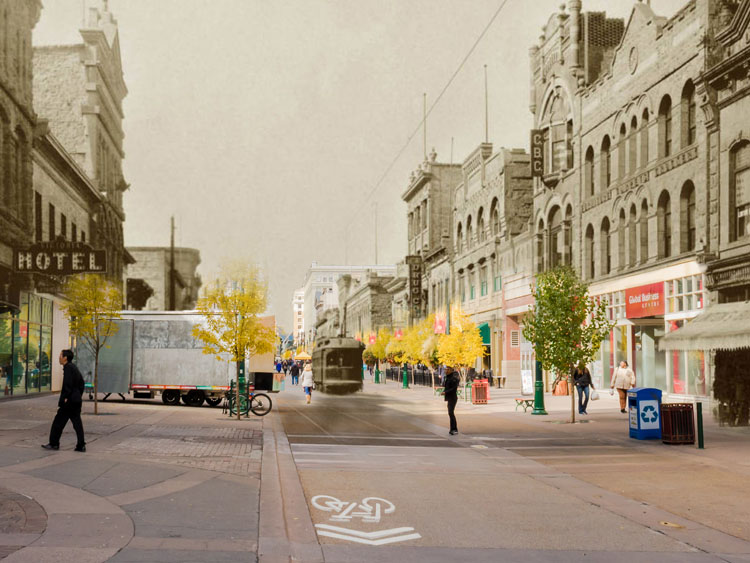 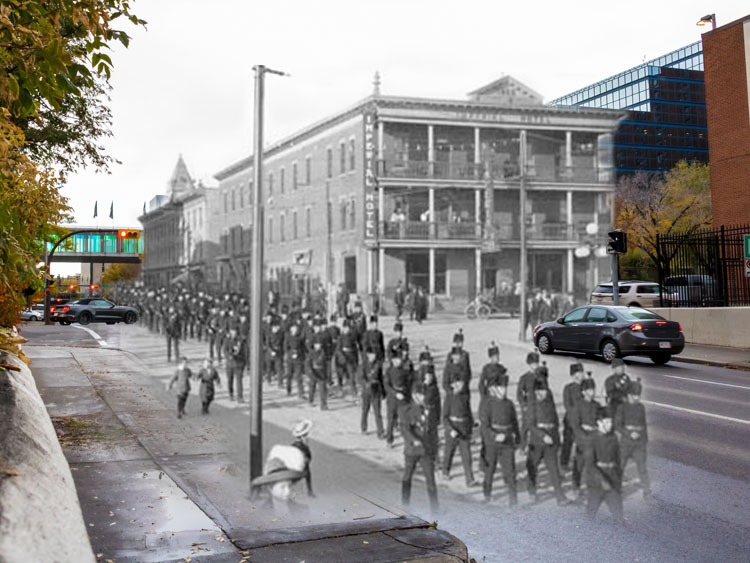 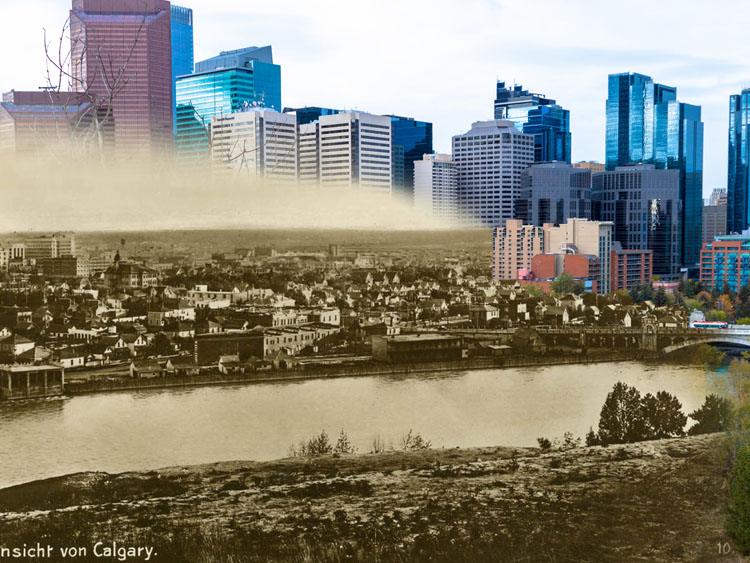 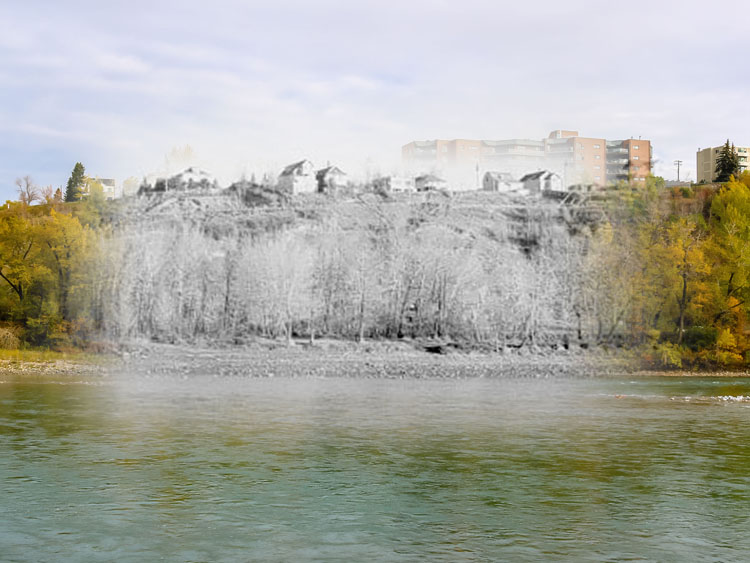 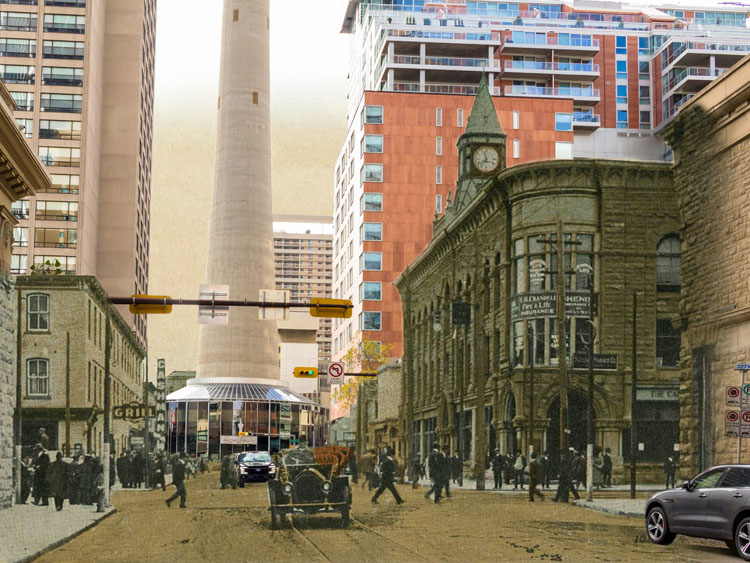 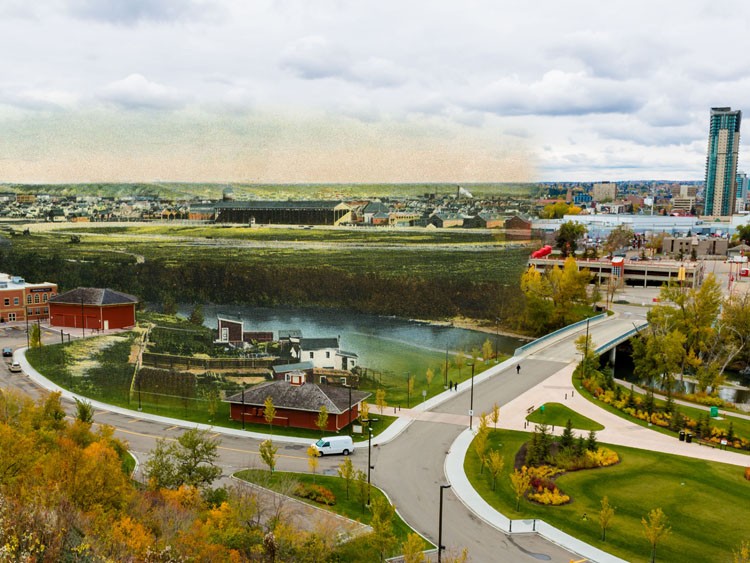 In the shadow of the Rocky Mountains sits the city of Calgary, Alberta's largest city and its financial centre. Before the city, the lands around Calgary were inhabited by First Peoples like the Blackfoot, who followed the gigantic herds of buffalo that ranged far and wide across the prairie foothills. As Europeans settlers and traders began to arrive in the area in the late 19th Century, the North-West Mounted Police established a presence in the area by setting up Fort Calgary at the at the confluence of the Bow and Elbow Rivers, hoping to regulate relations between the First Peoples and the growing number of Europeans. In 1883 the Canadian Pacific Railway was built to Fort Calgary, connecting it with eastern Canada, and this sparked an explosion in population. In the following decades Calgary grew into a major commercial centre, benefiting from the agricultural and then oil booms happening in the surrounding regions. Today Calgary is one of the most liveable cities in the world and home to the world renowned stampede, which is the subject of a walking tour.

Characters of the Stampede

The Origins of Calgary's Favourite Event

Standing at attention in front of their fort, the North West Mounted Police were sent to Southern Alberta to deal with the illegal whiskey trade.

Fort Calgary Across the Elbow River - 1889

Looking across the Elbow River an early photo of the North West Mounted Police fort shows the buildings that were likely some of the first in Calgary.

This photo show the Sarcee camp outside of the North West Mounted Police Fort in 1897, just a couple of decades after Calgary was established.

The North West Mounted Police line up alongside the fort wall in 1900.

The North West Mounted Police set up a fort that would become the city of Calgary in 1875. This photo shows an inspection of the police in 1901 in the open field just outside the fort.

The Palace Hotel was managed by Carl Wieting. Wieting was a German-born brewmaster hired by Calgary buisnessman A.E. Cross for his brewing company. The Palace Hotel boasted the longest bar in Calgary and hosted many esteemed customers.

This fire of the furniture store of H. Davidman in 1949. Calgary's dry arid climate and hot summer weather made fires a common occurence.

The HBC was one of the first companies to set up in Calgary. Arriving in 1884, the supply company provided the CPR workers with everything they needed.

This library, built in 1912, still stands today. Though the trees have grown and the vehicles are more modern, the structure remains much the same to this day.

Milk delivery was popular throughout the 1940s and 1950s. The Co-Op in Calgary allowed dairy producers to distribute their products more efficiently and widely.

At the turn of the 19th century Calgary experienced an influx of American immigrants. Many Americans moved north to start ranching and thought of it as a "New Western Frontier."