Where the Oligarchs Lived 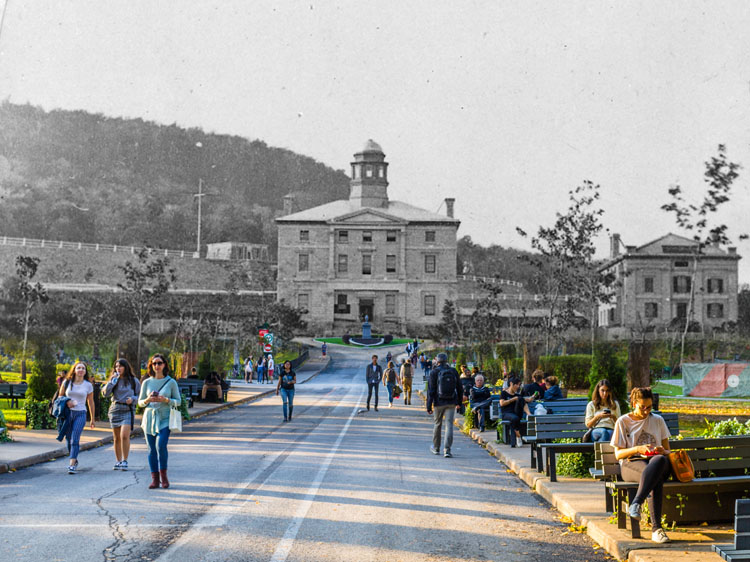 Explore the neighbourhood that once boasted the grand homes of Montreal’s mercantile elite from between 1850 and 1930, the peak years of Montreal’s Golden Square Mile. Discover the affluent Canadian barons of industry and their families that lived within this small enclave, and the legacy their great mansions, churches, and clubs left in Montreal’s community heritage and public spaces. 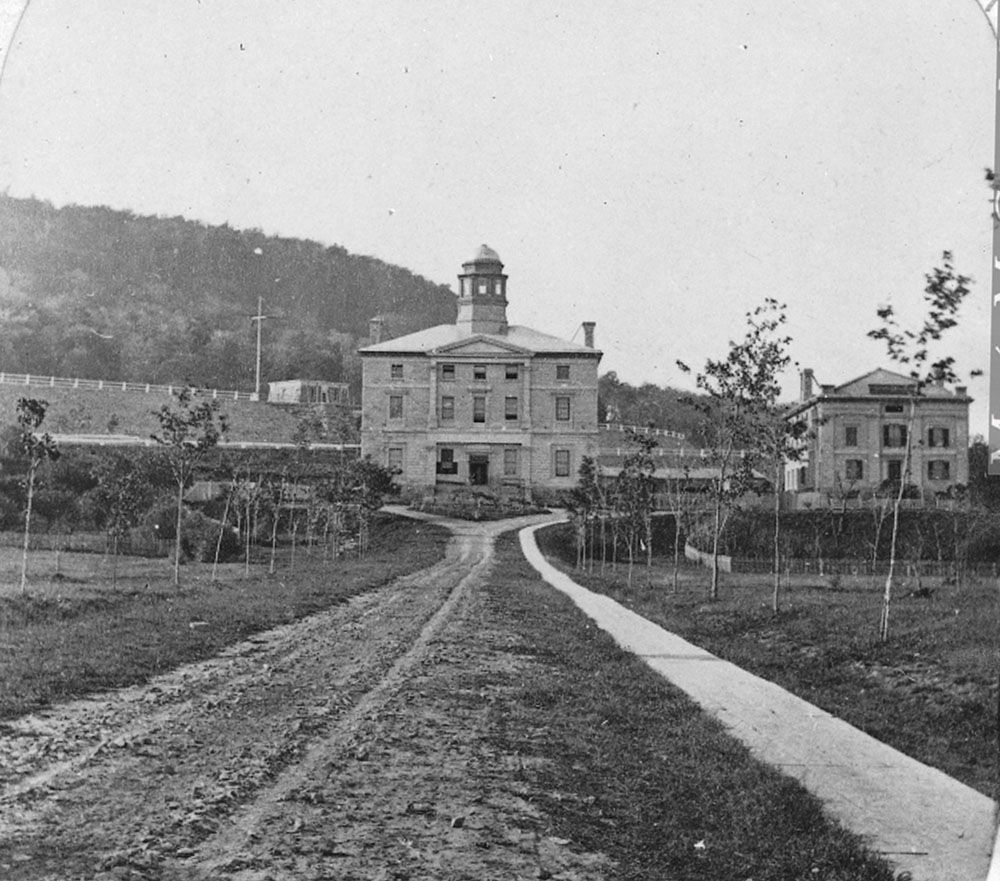 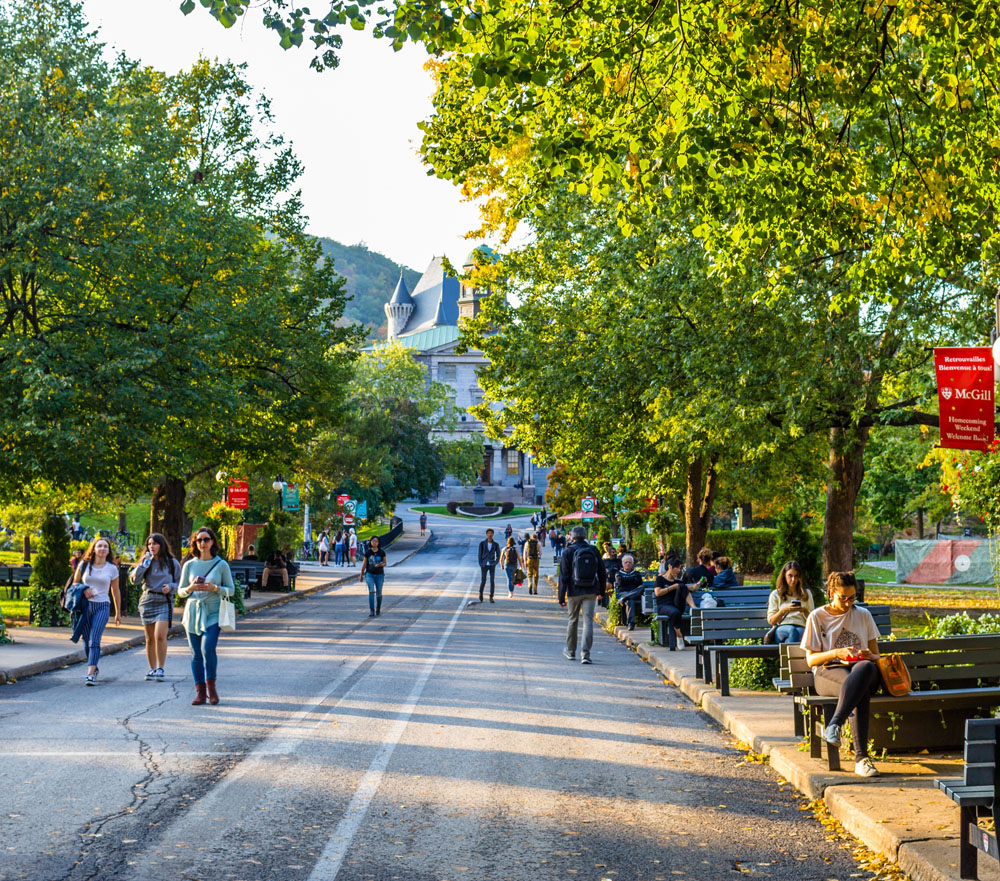 Once a single muddy track leading to the front of McGill University, Sherbrooke Street is now a major artery through the heart of what is known as Montreal's "Golden Square Mile." Upon his death, James McGill, a Scottish Fur Trader, entrepreneur, and member of Montreal's elite society, bequeathed 10,000 pounds and his 46 acre Burnside Estate to the Royal Institution for the Advancement of Learning (RIAL) with one simple condition: that they use these gifts to found a college in his name within ten years of his death. Today, McGill University stands as Quebec's first English language University, and one of Canada's most respected educational institutions. 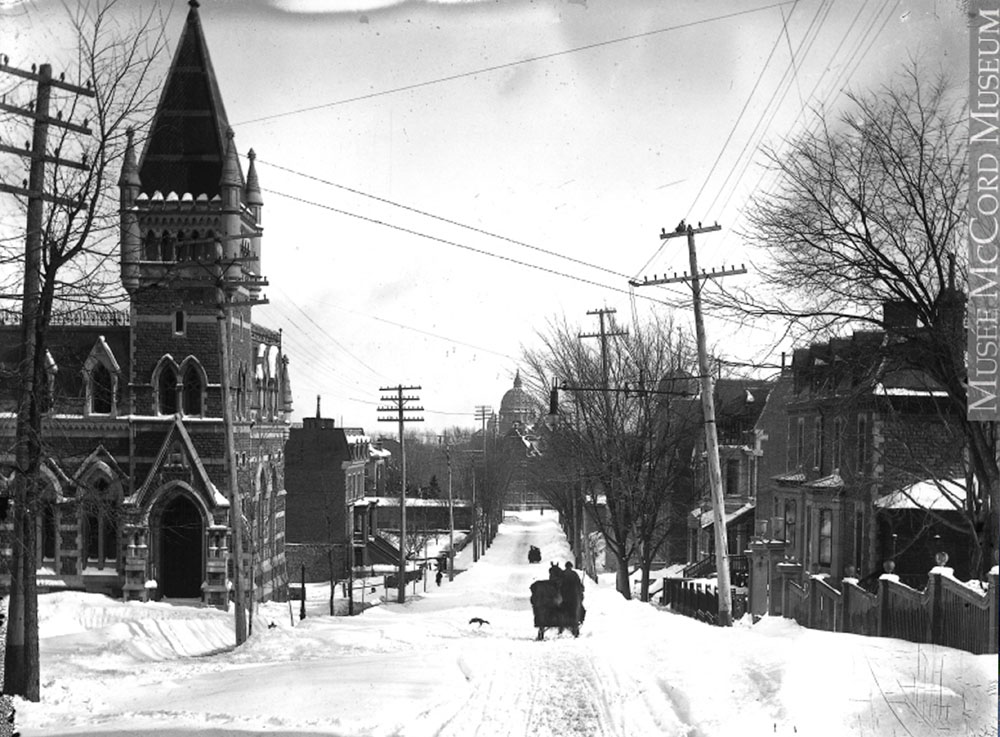 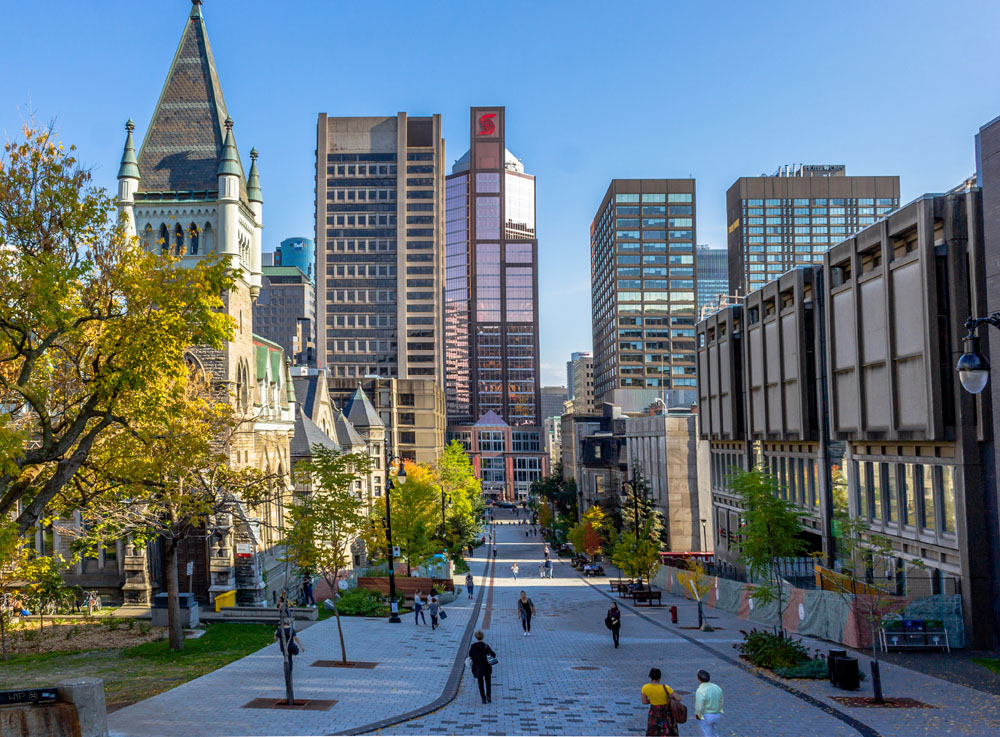 Looking down McTavish Street today offers a view of cold, hyper-modern glass and steel, rather than the solid stone and brick of 1890. In the time of Simon McTavish the landscape was dominated not by buildings and streets, but orchards and lush countryside. By the time McTavish passed away in 1804, Montreal was poised on the brink of massive industrialization, and within a few years, the fur trade capital became the economic nucleus of the rapidly expanding colony. A contemporary of James McGill, Scottish Highlander Simon McTavish also found his start in the fur trade. Ambitious, shrewd, and business-minded, he began trading cheap muskrat and deerskins before eventually becoming one of the owners of the North West Trading Company, the goliath Hudson's Bay Company's biggest rival. When James McGill left the fur trade behind and found opportunity in the trade of other goods, McTavish became one of the most wealthy men in the fur trade, with business ties stretching across the British colonies, from the Rockies to the Atlantic Ocean. 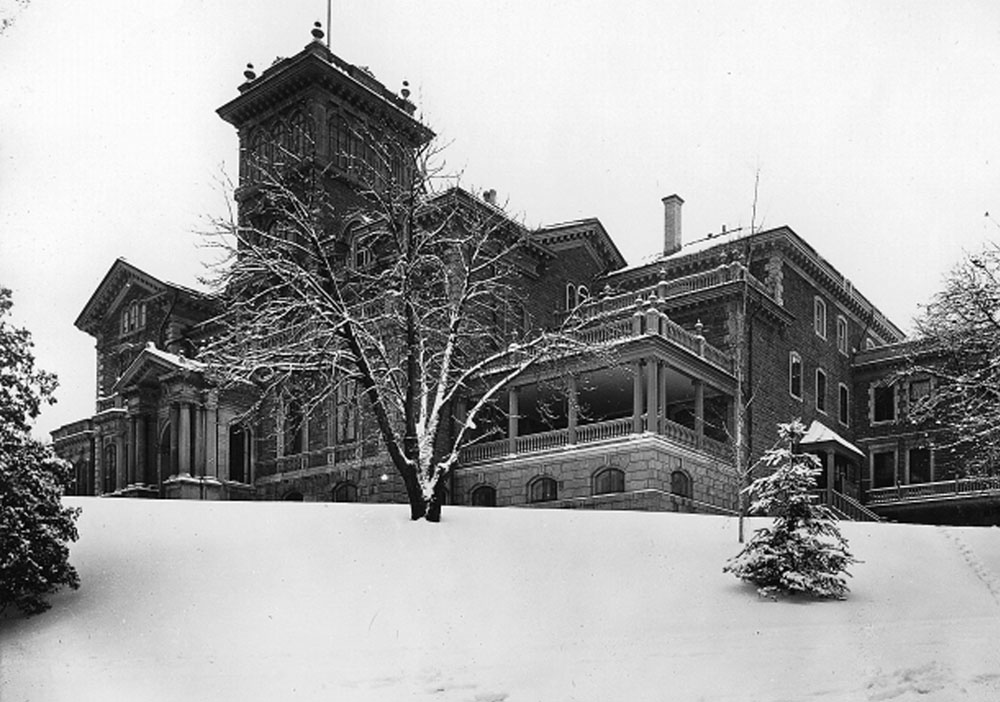 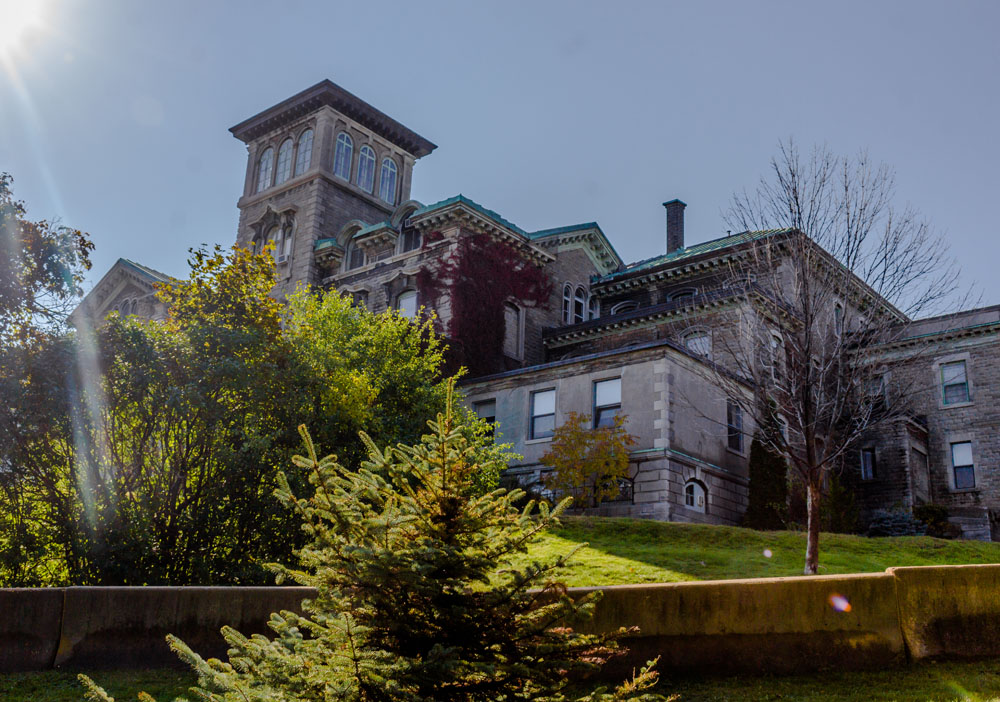 The Italian Renaissance style Ravenscrag Mansion was owned by the Allan family until 1940 when Hugh Allan's second son, Sir Montagu Allan, donated the property to the Royal Victoria Hospital. Following the donation, the opulent, extensively decorated interior was gutted and the building repurposed for use as a medical facility. It is now part of the McGill University Faculty of Medicine. Like Ravenscrag, following the depression and the Second World War, many of the mansions of the Golden Square Mile were absorbed by the university campus. 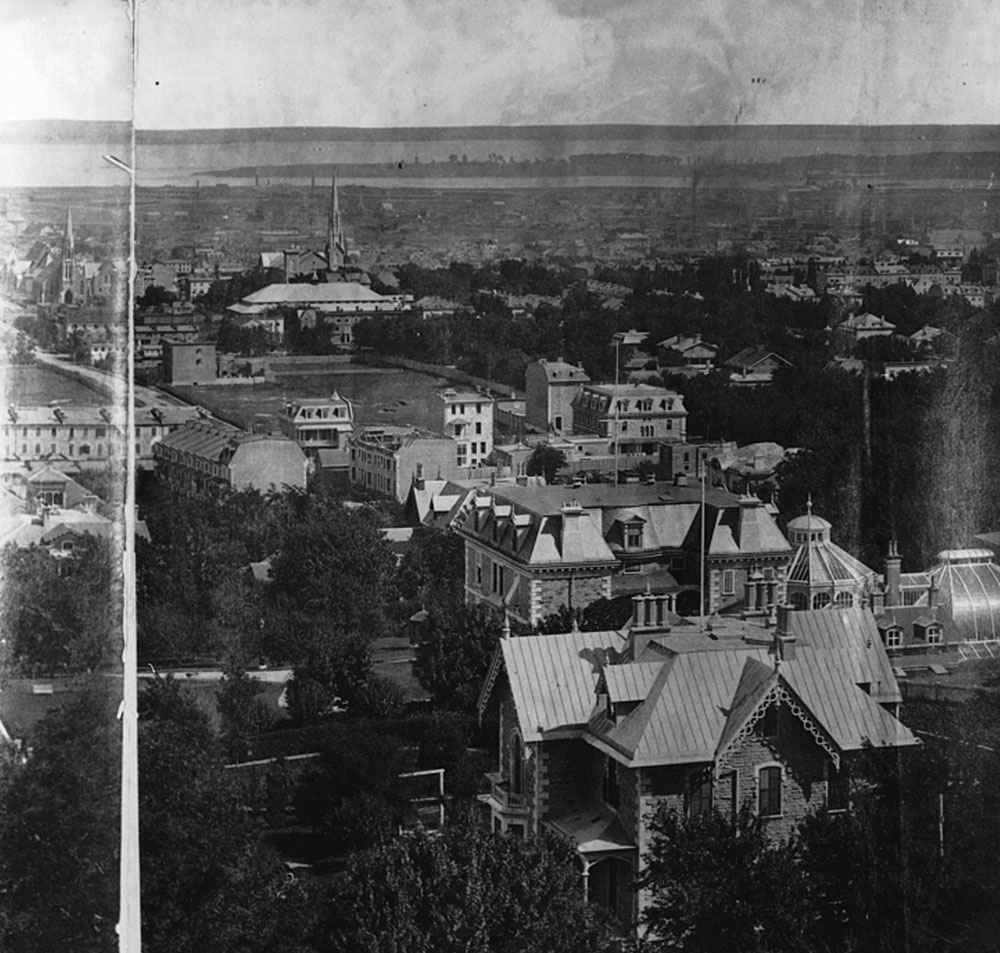 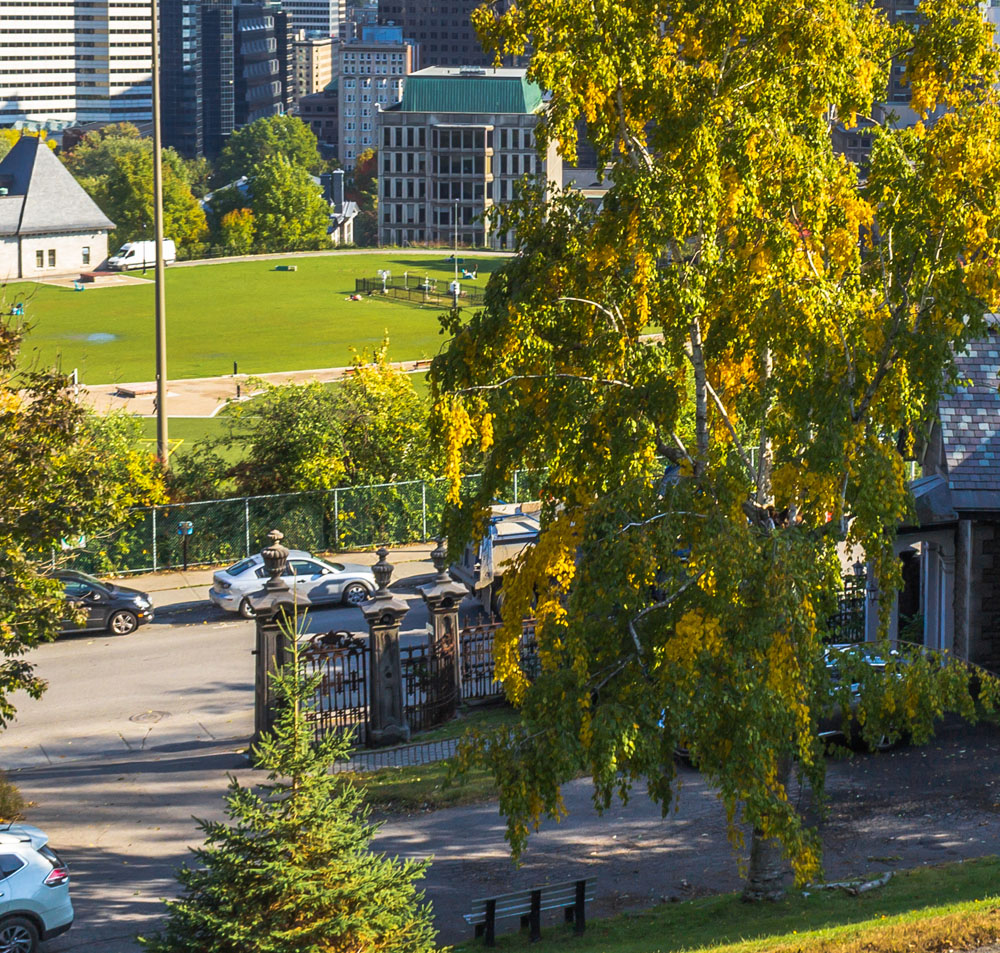 By the 1860s, the Square Mile’s development was in full swing. Mansions in an eclectic and incredible array of architectural styles emerged among leafy canopies of maple and elm. These homes were initially summer homes for the rich to escape the congested and polluted city core, but by the mid 19th century, the houses were built for year round occupancy. Ravenscrag was among the largest of these new mansions, boasting 72 rooms, many of which provided a commanding view of the teeming masses in the city below. 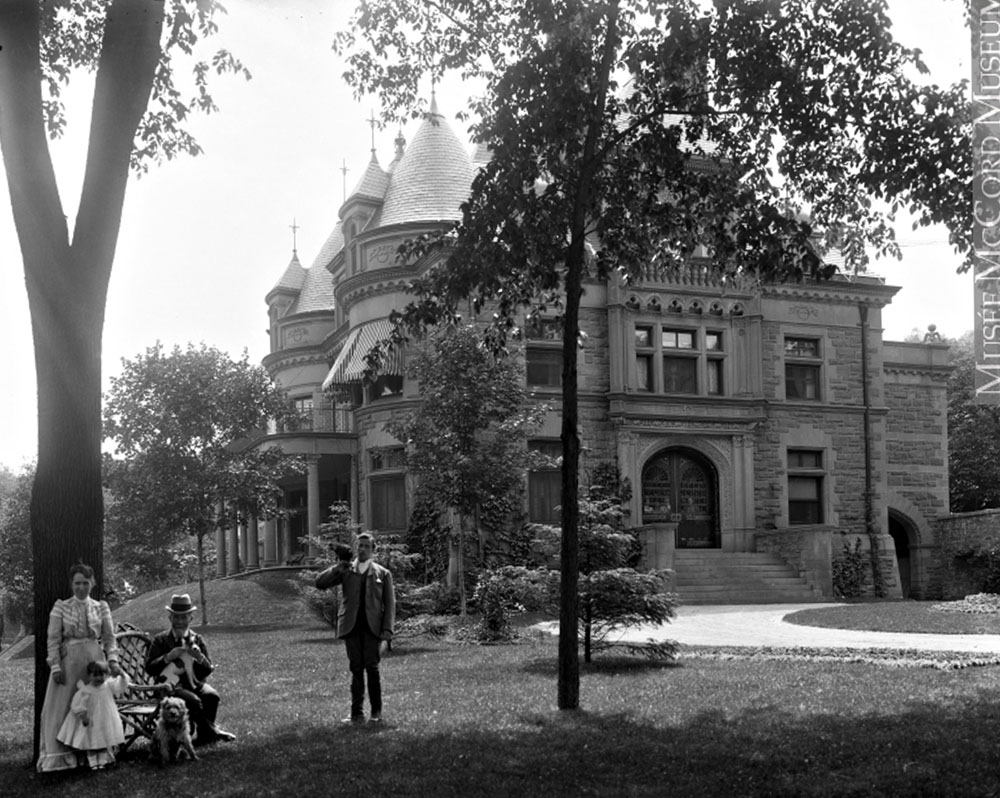 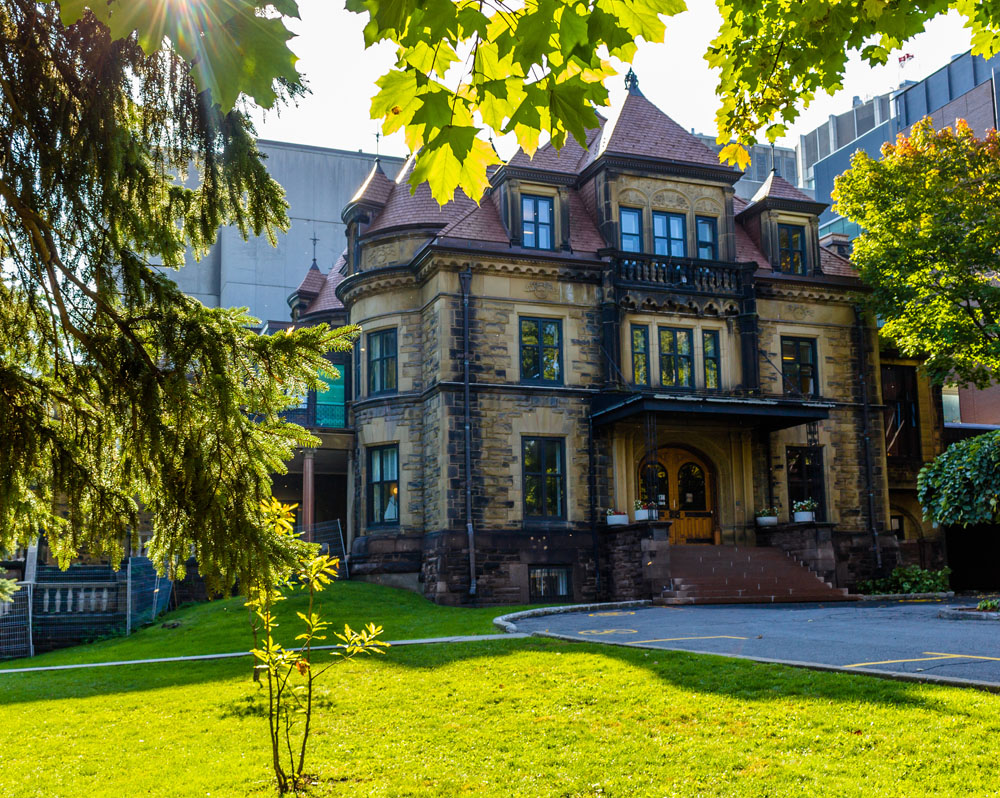 This photo taken in 1910, shows Scottish-Canadian civil engineer, businessman and philanthropist James Leveson Ross and sitting on a bench with his family outside his Golden Square Mile home. James Ross was a canny businessman who established a prodigious fortune through railway construction and improvement throughout the late 19th century. His son, John "Jack" Kenneth Leveson Ross, the younger of the two men in the photo, inherited the majority of the fortune after the death of his parents, but thanks to gambling and profligacy, it wasn't long before he was facing total financial ruin. 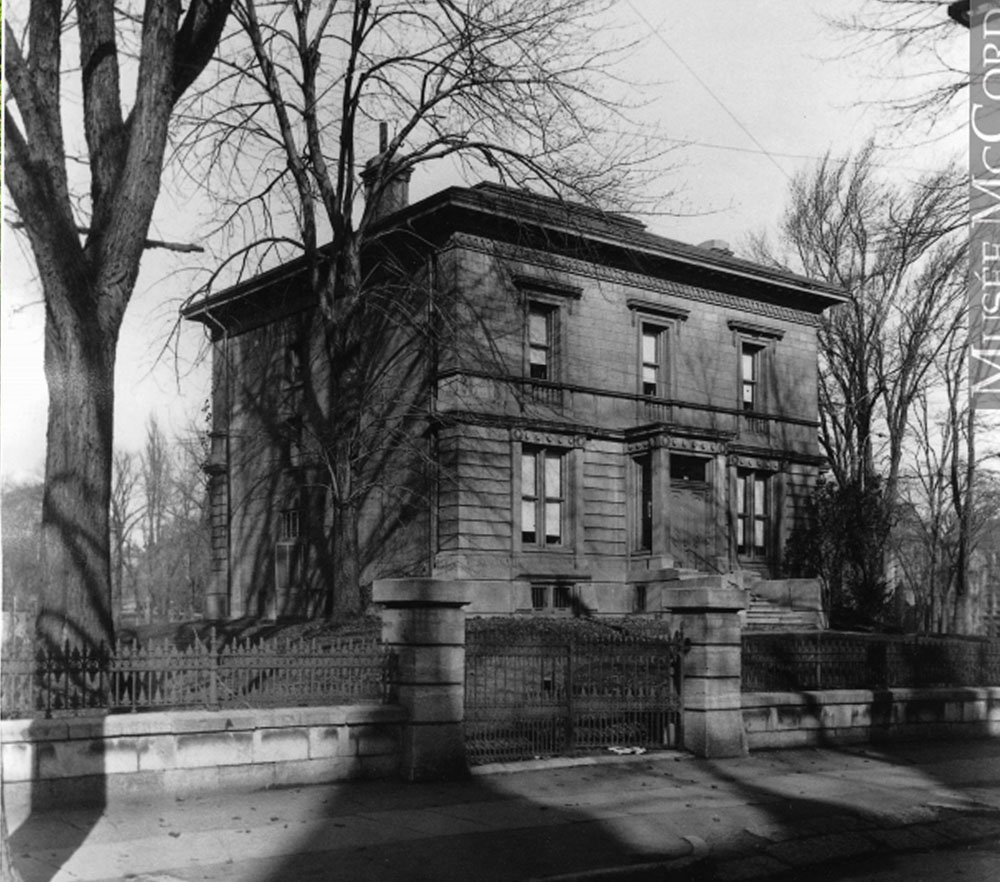 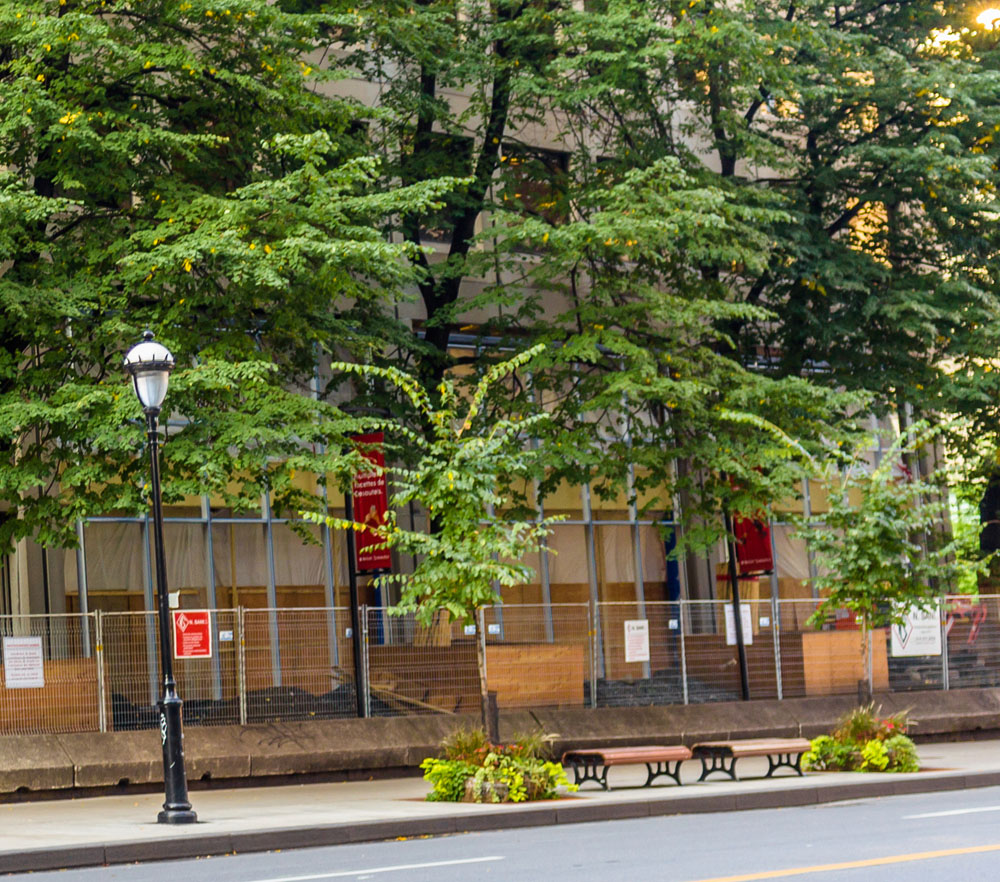 Like many of the other mansions of the Golden Square Mile, Jesse Joseph's Egyptian Renaissance style house, also known as "Dilcoosha," or "Heart's Delight”, was absorbed by the rapidly expanding McGill campus after Joseph's death in 1904. After being repurposed by McGill, the house was used to house the McCord National Museum until its demolition in 1955. 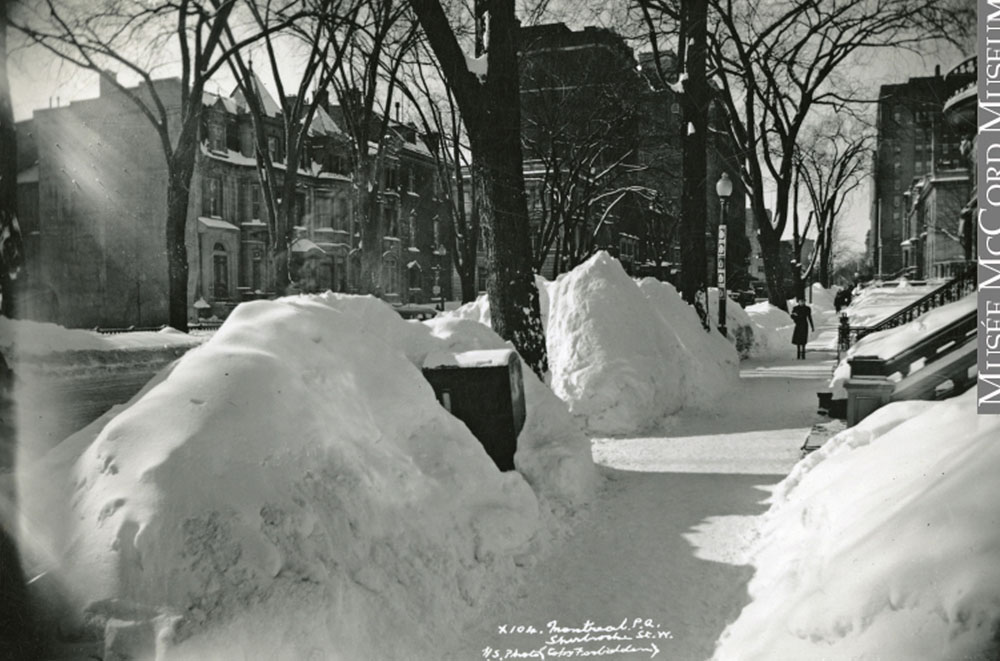 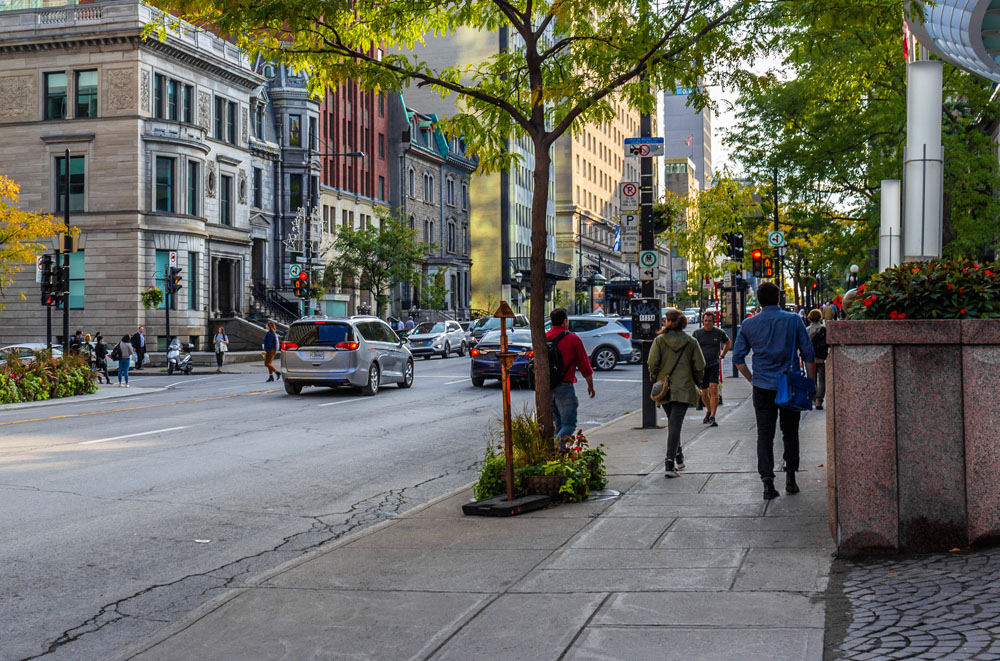 At the corner of Stanley and Sherbrooke, several historical buildings stand, merged as the Maison-Alcan. At left is the Hugh Graham House, which belonged to Lord Atholstan, cofounder of the Montreal Star and Canadian media mogul. To its right is the old Berkeley Hotel, built in 1928 as a social gathering place for Montreal’s elite. It was here that in 1958, 125 local politicians first put forth the idea to host a world exhibition in Montreal (Expo ‘67), a defining event in the history of the city. 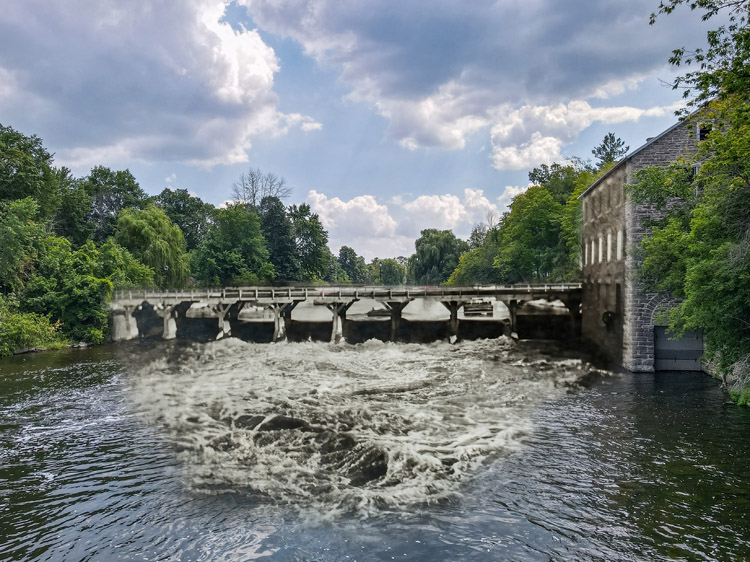