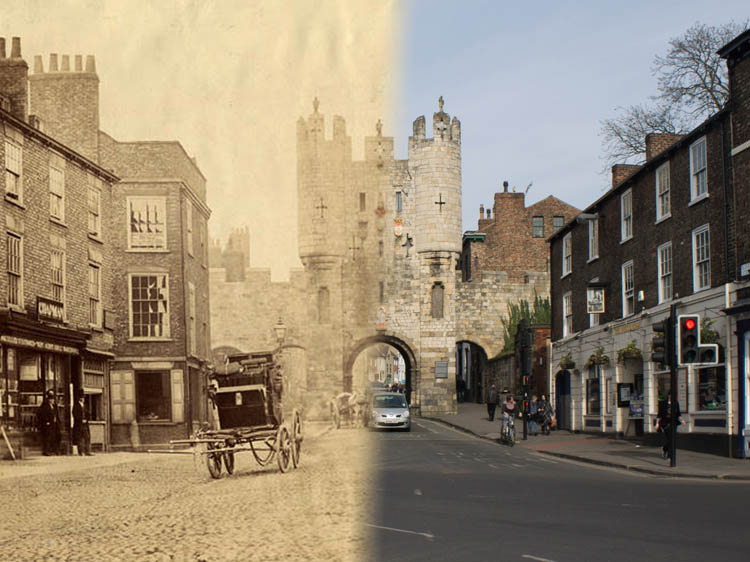 York has a long and fascinating history as one of England's foremost cities, with better preserved medieval ruins than perhaps any other in the country. It's history extends back to the early Roman period, when the IX Legion set up a fort here to subjugate the restive Brigantines. Eboracum, as York was then known, became the largest Roman city in northern Britannia, eventually being elevated to the status of provincial capital as power devolved away from the imperial centre. It was in Eboracum that Constantine was acclaimed emperor by his legionaries in the early 4th Century, an act that proved to be one of the pivotal moments in the history of Western civilization. Following the recall of the legionaries to the continent York eventually became the capital of the Anglian Kingdom of Northumbria and this period saw the construction of the first minster church in the 7th Century. Some two centuries later Viking raiders took York and made it the capital of their own kingdom of Jorvik, though their sway over the land would not last either, and in 954 the Saxon king Edred drove the Viking ruler Eric Bloodaxe from the city and incorporated York into the Kingdom of England. York changed hands once more when the Normans seized England, but not before a Yorkish rebellion was utterly crushed by William the Conqueror and new castles were erected to cement Norman power. The following centuries saw the construction of many of the Medieval ruins we recognize today: the walls, Mickelgate Bar, St. Mary's Abbey, Yorkminster, Clifford's Tower. Trade along the Ouse prospered and York once again rose to the first rank of towns in England. In the following centuries York gradually fell behind the other rising cities in Yorkshire, like Leeds and Sheffield. This relative decline accelerated when the other northern cities began to industrialize, though it was arrested somewhat by George Hudson's forceful determination to make York one of the nation's railway hubs, which he succeeded in doing in 1839. Nevertheless the population of York did not expand on the same scale as her neighbours, and instead the town retained its quaint medieval charm, though some world-famous chocolatiers did take up residence in the city. Today York's success in keeping so many of its historic buildings intact has made it an international draw for tourists, and the city was rewarded the title of European city of Tourism in 2007. Most days the streets are filled with photo-snapping foreigners, myself amongst them. For our purposes here we are exceedingly lucky that one of the world's earliest photographers, Roger Fenton, spent time photographing York in 1853 before going to the Crimea to invent the art of war photography. His works, many of which are included here, allow us to see deep into the past with a level of detail possible in exceedingly few other places. The Then photos are reproduced from the fantastic online collection of the Explore York Libraries and Archives. I took the Now photos in March 2015.

Mickelgate Bar, the main entrance to the city through which monarchs would enter. It was also a popular practice to hang the heads of traitors from the gatehouse.

The rear of Mickelgate Bar. Practically all of the buildings in the view have since been pulled down. On the right was the Jolly Bacchus public house, and on the left the Barefoot Inn. A ghost of a horse and cart can be seen, a result of the long exposures time required to take photographs at this early stage.

A fascinating view up Museum Street with the Minster in the distance. By this time photography has advanced to the point where it can catch people in motion, including all these pedestrians allowing us to catch many small interesting details. The women on the right are taking care their skirts don't drag as they cross the street while the man in front of them appears to be wearing an army uniform, though to my eyes it looks more German than English.

Built on a low-lying ground around the River Ouse, York has been subjected to frequent flooding throughout its history. A series of photographs from a particularly bad flood in 1892 survive today. This is a shot of North Street.

Built on a low-lying ground around the River Ouse, York has been subjected to frequent flooding throughout its history. A series of photographs from a particularly bad flood in 1892 survive today. This is a shot of North Street.

The floodwaters have lifted these river barges into the yard of the bonding warehouse on Skeldergate. Clifford's Tower can be seen in the background.

Marygate swamped by the waters that have risen 16 feet above the banks of the Ouse.

Crowds line the water's edge to watch a regatta being held to celebrate the completion of Skeldergate Bridge.

A photograph of the Ouse at its confluence with the Foss where it is controlled by canal locks. A barge floats by. These barges, which often had to rely on powered tugs to tow them up and down the river, were a cheap and commonplace means of moving goods before the proliferation of trucks.

The famous Clifford's Tower, built by the Normans to dominate the restive Anglo-Saxon countryside. This castle was the site of the most horrific pogrom in English history. In 1190 York's small Jewish community sought refuge in Clifford's Tower from an angry mob championed by those who owed money to Jewish moneylenders. Besieged, with no possibility of escape and facing certain death, the Jewish families chose to commit mass suicide rather than surrender. The few who chose surrender were butchered by the mob the next morning.

Another shot of Skeldergate Bridge.

A few men pose for a photo in Peter Lane off Market Street.

A delivery cart stops in the Shambles. Some of the buildings here are from the 1300s. The word shambles comes from the Anglo-Saxon word 'Fleshammels', or 'flesh-shelves' because so many butcher shops occupied the street.

Goats grazing in front of graves at Saint Saviours. The graves are now overgrown with ivy, and the building in the back has been torn down. The church itself has been converted into the Jorvik DIG, an interactive archaeology museum.

Children playing on the Ogleforth. The Explore York caption notes how the girls have separated themselves into boys on one side of the street and girls on the other.

All the decorations are out along Bootham to celebrate Queen Victoria's Diamond Jubilee.

Bootham Bar, one of the city'a main gates built practically atop the main Roman gate into the city, when Yorkâ€”Eboracumâ€”was the capital of the province of Britannia Inferior. Many emperors marched through this gate. When the old photo was taken a cab stand occupied the space beside it the old gate.

A view of the Minster and Bootham Bar from the Exhibition Square. Photos with a variety of buildings at a variety of distances can be particularly difficult to line up perfectly. I tried my best.

A tower at the riverside at Marygate. For much of history it marked the demarcation point between the Abbey of Saint Mary and the city's laypeople beyond who frequently despised the monks for all the privileges Feudal society afforded them. 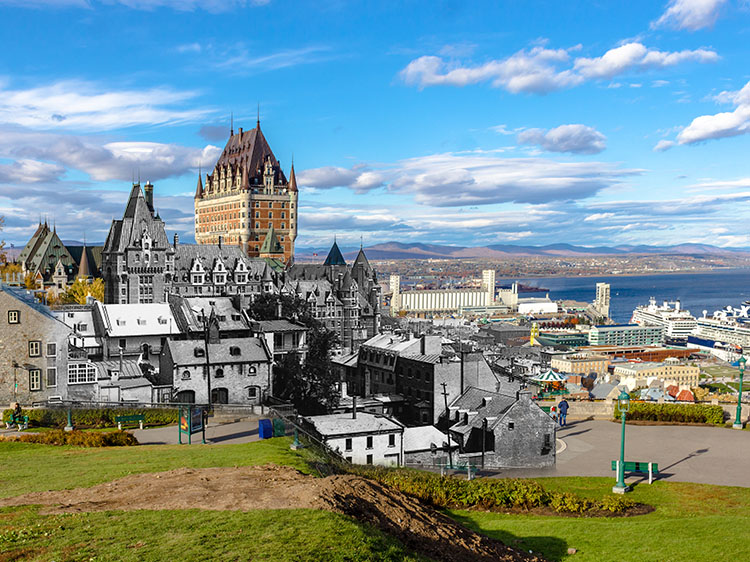